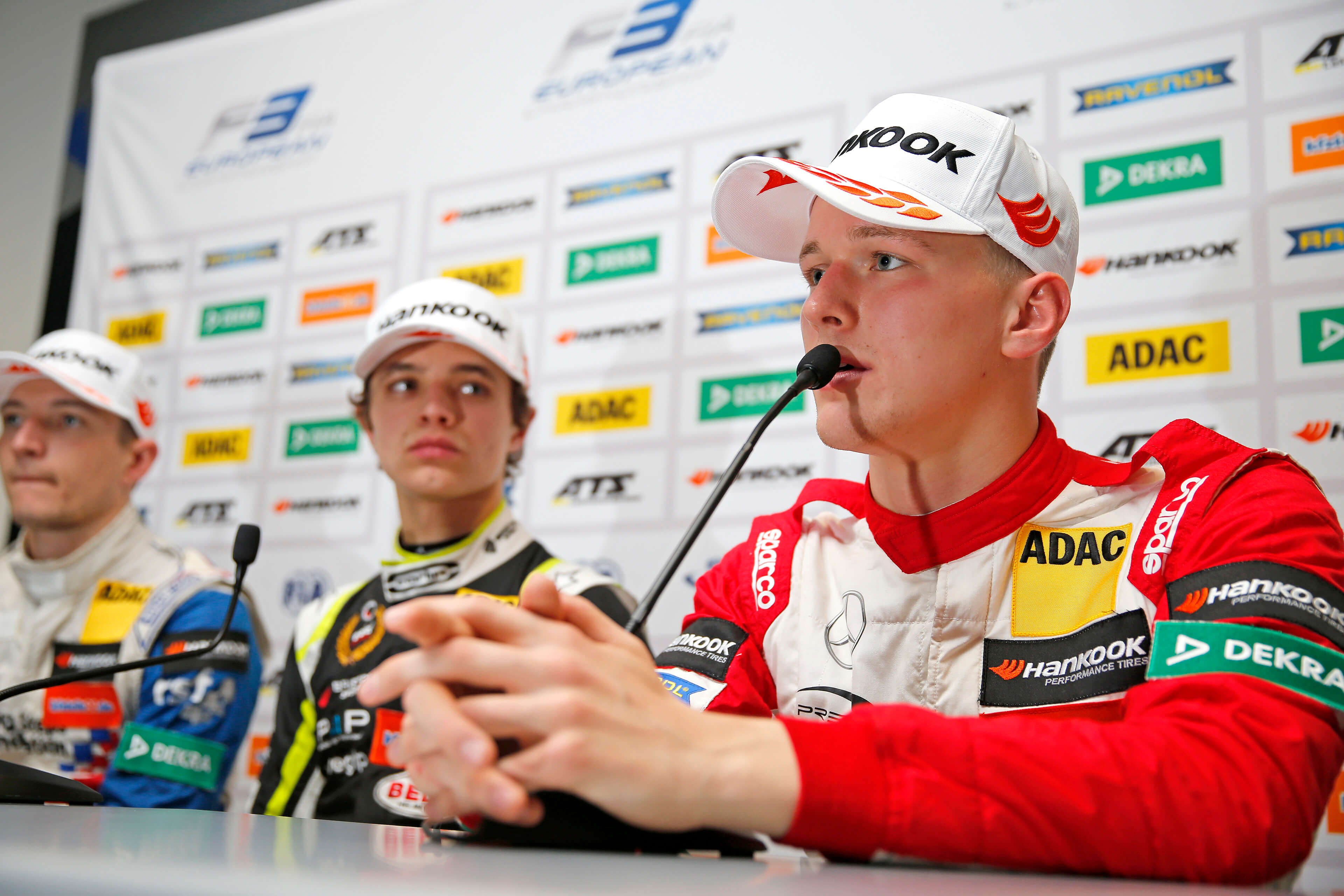 Maximilian Günther has made a strong start to the 2017 FIA Formula 3 European Championship. In typically changeable British weather, the Formula 3 runner-up from last year scored a podium finish in the first race. This P3 and two fourth places were enough for Günther to go fourth in the table after the opening weekend of the world’s most competitive junior formula series.

The second race weekend will be contested on Italy’s Formula 1 circuit at Monza from 29th to 30th April. In the following week, Günther will accompany the Mercedes-AMG Motorsport DTM team to the season opener of the internationally popular touring car series at Hockenheim.

Max, a podium on your first outing of the new season. Are you satisfied with the way it has begun?
The points haul from the first race weekend was good. However, it was by no means easy. It was especially noticeable in the free practice sessions that the Brits had a slight advantage on their home track. But that will certainly even itself out over the course of the season. After all, we’ll be competing on the Nürburgring and at Hockenheim – my home tracks which I know inside out. We were able to make steady improvements as free practice progressed after discovering that the balance was not ideal early on. The podium in the first race was a nice reward.

The conditions you encountered on the way to that podium finish were quite tricky…
When it was time for the race to begin, it was so wet that we started behind the safety car. The main thing during that early phase was simply to stay on the track. All the same, I still pushed to get past my team-mate. The conditions were so difficult that I tried to drive as fast as possible and at the same time as safely as necessary. In conditions like that, a lot can happen, so it’s all the more important to score points.

P2 might even have been possible, would you agree?
Because of an accident, the safety car came out again. We got the info via team radio, and I eased off the accelerator, but then the car behind suddenly pulled past. In retrospect, he was lucky, because for some reason, the safety marshals at this part of the track were not holding up any safety car boards. Otherwise, he would have been penalised. I was able to stay in touch with the two race leaders and even managed to launch a couple of attacks. But it’s not easy to overtake at Silverstone. In these conditions, third place was the most we were going to get, but it was still a good way to start the championship.

In the second and third races, you got off to a mega start each time, and you finished fourth on both occasions. Could you perhaps have got even more out of those two races?
The start of the second race was very difficult. The right-hand side of the track was still completely wet. That was really frustrating, because the tarmac was already dry everywhere else. I actually expected to lose five or six places. Under the conditions, I put in a fantastic start. I was much faster than the guy in front, and I tried to get past him on the first few laps. However, he kept shutting the door, and there was no chance of getting past. In the final race, I managed to get the perfect start again, and I worked my way up to third. But unlike the drivers around me, I didn’t have a fresh set of tyres. Consequently, the grip level was falling away with each successive lap. This allowed the driver behind me to catch up. I gave it everything I’d got, but he clearly held the advantage with his new tyres. For that reason, I just concentrated on managing fourth place.

In two weeks’ time, Monza will be hosting the second race weekend. What are your expectations for this historical race venue in Italy?
Monza is undoubtedly a monster of a track. You reduce your downforce to an absolute minimum which then makes cornering difficult. The field will bunch up at the turns, and slipstream will have a major impact on the result, leading to a lot of wheel-to-wheel action. The track layout looks straightforward on paper, but every single corner has to be taken just right. Monza is a huge challenge, but it’s also tremendous fun. In addition, it’s the home race for our Prema crew, so I am feeling extra motivation to deliver top results.