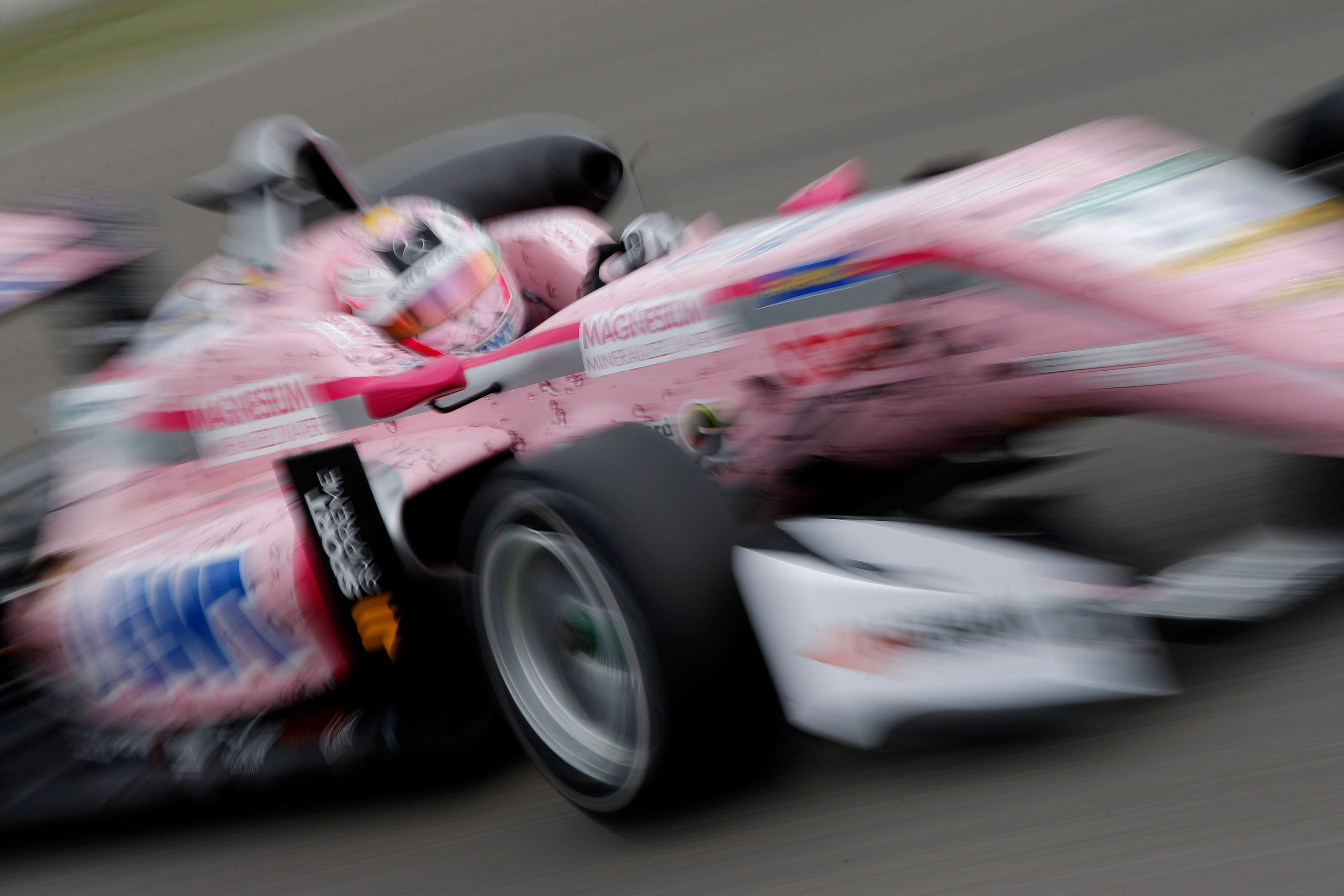 Maximilian Günther’s record in single-seater racing at the Nürburgring since 2013 – 9 races, 8 podiums, 3 pole positions. The reigning Formula 3 championship runner-up is a real specialist at the historic circuit in the Eifel, which is what he wanted to build on during the eighth weekend of the FIA Formula 3 European Championship in order to regain the overall lead. However, his fight for the championship took a severe knock due to problems with his car that have so far not been accounted for.

Günther, who is currently placed second in the championship table, made an excellent start in Saturday’s race, moving up from fifth place on the grid to P3 but subsequently had a real struggle on his hands due to a lack of grip. He dropped back down to P13 after a no-fault collision and a pit stop deemed necessary for repairs. His team made a lot of modifications to the car’s settings for the following qualifying, but things did not improve. Günther, one of Formula 3’s strongest qualifiers, could only manage to achieve grid positions 15 and 14 for the two races on Sunday.

He finished eleventh in Sunday’s first race. The reigning ADAC Junior Motor Sports Person of the Year was able to bring the most unfortunate weekend of the season to a reasonably satisfactory conclusion by placing seventh in the final round. After taking 13 podiums from 21 races this season, a finish in the Top Three eluded him for the first time during a race weekend.

The team now have two weeks, in which to analyse the problems from the Nürburgring and will certainly emerge all the stronger for having done so. The Red Bull Ring at Spielberg will then host the world’s strongest formula motoring series for juniors from 23rd – 24th September 2017.

Max, how would you sum up your weekend at the Nürburgring?
It was a weekend to forget. We had a lot of trouble with the car’s balance even at the start in practice when it was dry. We had even less grip in the wet, so our pace was a real problem in the second quali. The result was two disappointing grid slots for races two and three. I had some bad luck in the first round when I damaged the front wing in a collision. My charge up the field from 14th to 7th position made up for things to some degree in the third fixture, but ultimately, it was nowhere near how we thought we would do.

How are you dealing with the setback?
I give it my all in every session, and when we produce such results, then we have to investigate the reasons for it. As yet, we still don’t know the exact cause. One pointer for us is that it was much colder here than on the other race weekends, which could have been a reason for not getting the tyres into their working window at any stage.

The title fight has got that bit more difficult with this weekend, would you say…
We must continue to work hard and prepare for the next race. New circuit, new opportunities. We’ve had plenty of strong weekends this season, otherwise, we wouldn’t be where we are up front. The stage at which we throw in the towel in the championship battle has not yet been reached by a long chalk. I’ll go on fighting to the end, you can bet on that, for sure!

What makes you think that things will be better at the race weekend in Austria?
I’m confident that we can be stronger in Austria and hit back by being on much better form. The Nürburgring was tough, and we’ve all learned our lessons from it as a team. The guys have always done a terrific job, for years now, and I’m sure we’ll get a handle on things this time around, too. I’ll be gunning for victory again at Spielberg.