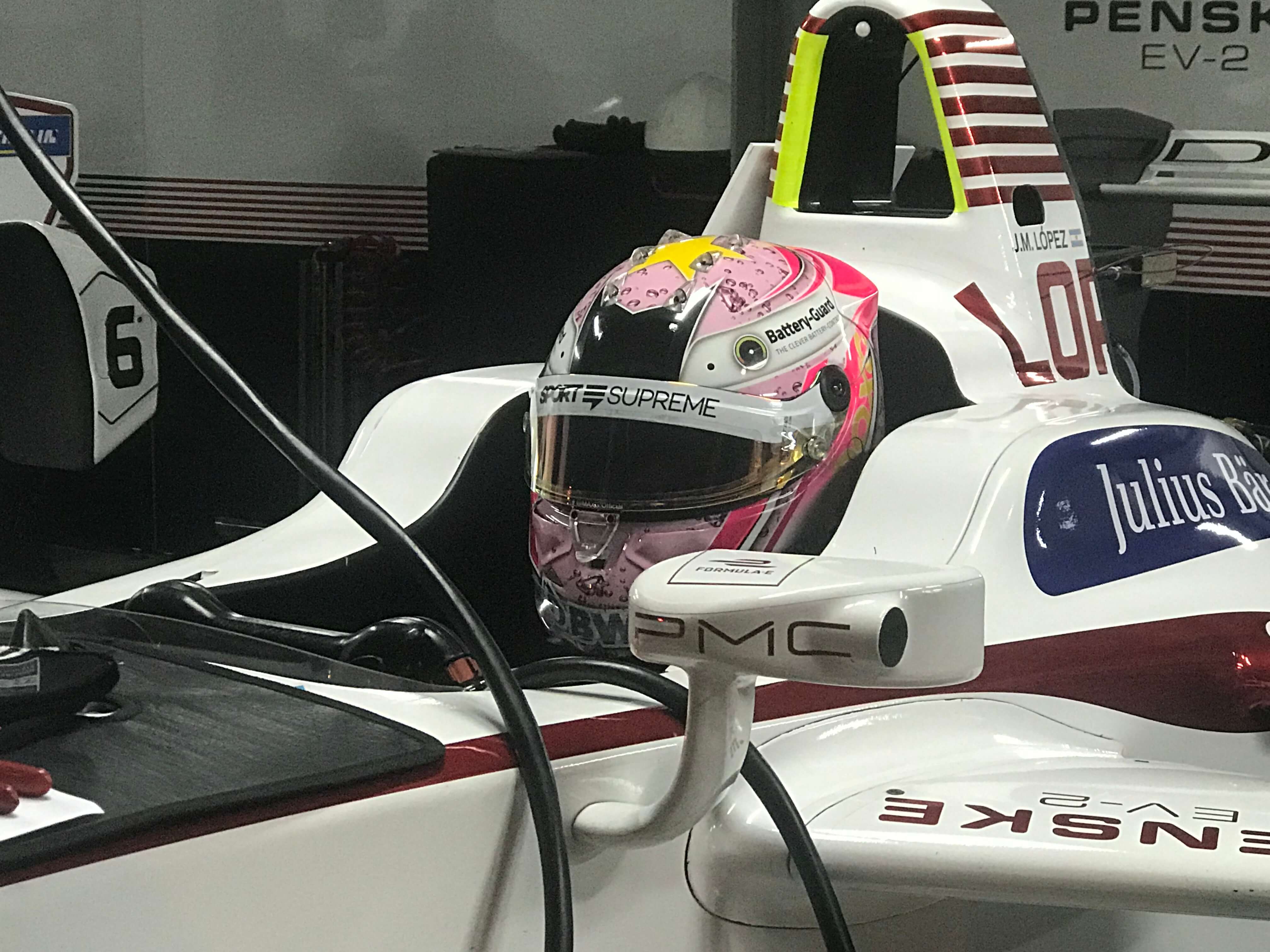 The 2018 motor racing year got off to a terrific start for Maximilian Günther. The 20-year-old was among a select group of 20 top international drivers invited to take part in the first rookie test in Formula E history in Marrakesh.

Günther lined up for Team Dragon Racing on Sunday, January 14th and turned in an excellent performance on his Formula E debut. He posted the third-best lap time of all the drivers taking part and was thus faster than DTM champions Gary Paffett, Paul Di Resta and Bruno Spengler as well as Formula 1 driver Antonio Giovinazzi.

Günther got on well with the unique Formula E racing car straightaway. He posted the fourth-fastest lap time of the morning with a time of 1:22.599 minutes. Rainy conditions made his first laps on the 2.971-kilometre Circuit Moulay El Hassan especially challenging, but he came through with flying colours.

Günther proved his talent and speed once again in the afternoon on a dry track. He was the third‑fastest driver on the day with a personal best time of 1:20.657 minutes. He was within 0.897 seconds of the all-time Marrakesh track record (1:19.760 minutes). In testing, only well-experienced DTM driver Nico Müller and Pietro Fittipaldi were ahead of him on the timesheet by the end of the day.

Günther posted a total of 53 laps in Marrakesh on Sunday, 16 in the morning and another 37 during the afternoon session. He drove the Penske EV-2 racing car prepared by Dragon Racing, which produces up to 200 kw (272 bhp) and puts extreme demands on the driver due to its complicated energy management systems.

Only drivers who had never contested a Formula E race before could take part in the tests which are intended to give teams a chance to scout out the most talented drivers for the future in the world’s first all-electric racing series.

Maximilian Günther: “I’ve had a terrific day and faced a whole new set of challenges. The Formula E car is very different to the single-seater racing cars I’ve come across so far. I was able to adapt very well and managed to get along just great. I fought for best time all day and ultimately posted the third-fastest time. The team were very pleased. I got some good feedback from the guys. I would like to say a big ‘thank you’ to Dragon Racing and Jay Penske for giving me the chance to drive their car.”