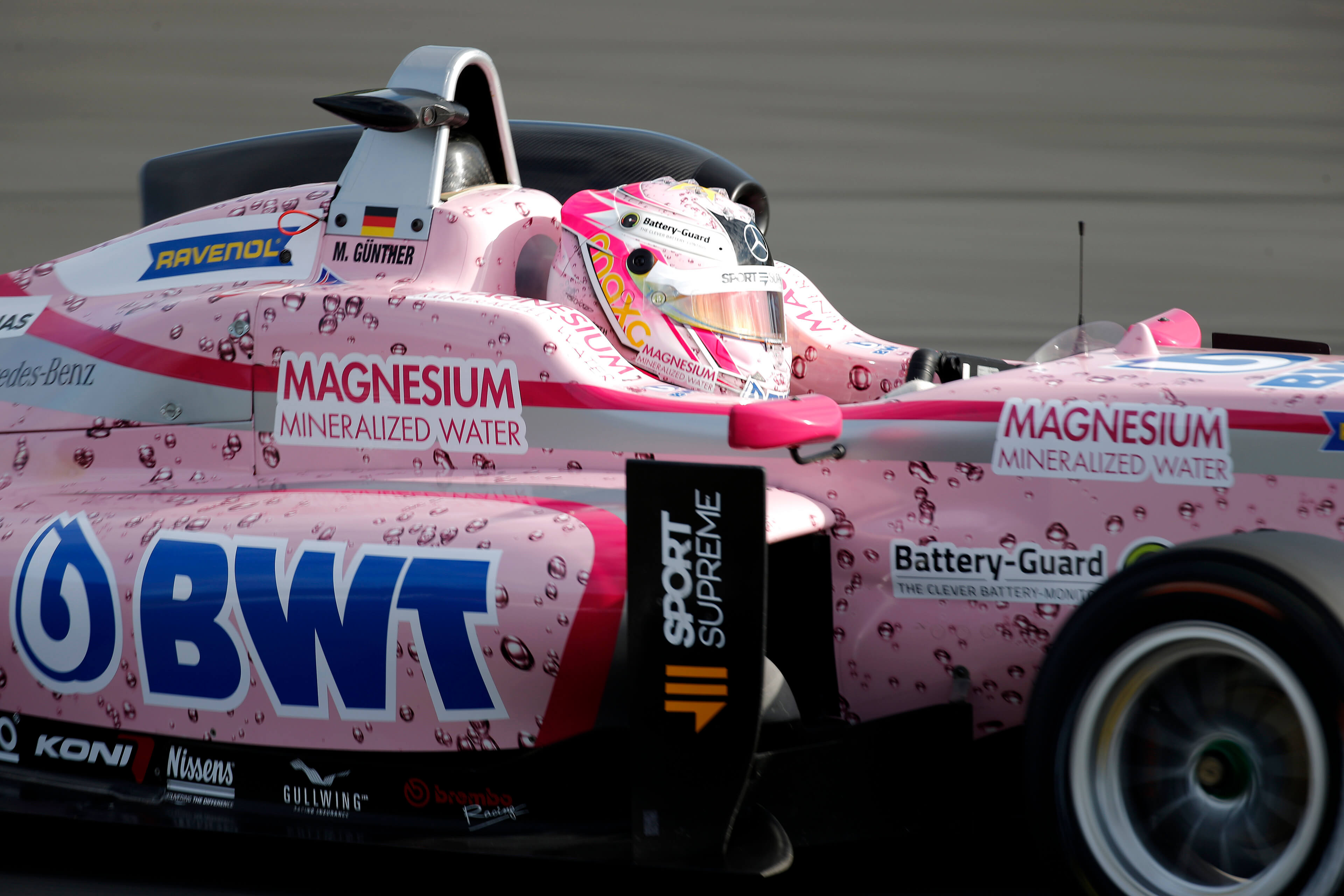 Maximilian Günther is taking the next big important step on his way up into Formula 1. This season will see the 20-year-old make his debut in the FIA ​​Formula 2 Championship which directly supports F1. Günther will race for ARDEN International in the world’s most famous junior racing series. The British outfit can look back on a number of successes at an international level since it was first set up in 1997. At the moment, Günther is the only German driver among the high-calibre field contesting the FIA Formula 2 Championship.

“I’m really looking forward to my Formula 2 debut and can’t wait to go up against the world’s best young drivers,” says Günther. “ARDEN International are a prestigious team with a great track record, and it’s impressive to see just how many of the team’s drivers have made it into Formula 1, and that’s exactly what I’m aiming to do and I intend to give it my best shot. Many thanks to my partners and sponsors, who are supporting me as I progress.”

The move up into the high-class FIA Formula 2 series is the next logical step for Günther. He has been one of the strongest drivers in the FIA ​​Formula 3 European Championship during the past two years, winning ten races and securing 31 podiums in all. He finished European championship runner-up in 2016 and was third overall at the end of the 2017 Formula 3 season. He now intends to build on these outstanding successes within the immediate environment of Formula 1.

“I’m absolutely ready to take the next step,” says Günther. “I tested a Formula 2 car in Abu Dhabi at the end of 2017 and felt comfortable right away. Brand-new cars are on their way for this season, and it’s important that we get to grips with the new car as quickly as we can in order to be top contenders. I know that this move will successful with the backing of Arden’s experienced team.”

The FIA ​​Formula 2 is a direct springboard into Formula 1. Its immediate predecessor, GP2, has produced a number of F1 stars, including Lewis Hamilton, Nico Rosberg and Nico Hülkenberg. In the past, current Formula 1 drivers such as Sergio Perez, Carlos Sainz Junior and Pierre Gasly have all managed to move up into the top echelons of formula motor racing via Günther’s team, ARDEN International.

The FIA ​​Formula 2 will stage twelve race weekends during the 2018 season. Consisting of two rounds, the meetings are all part of the Formula 1 programme. The season kicks off in Bahrain on the weekend of 6th – 8th April, and the final round is scheduled to take place in Abu Dhabi, 23rd – 25th November. World-famous circuits such as Monte Carlo, Spielberg, Silverstone and Monza will also host FIA ​​Formula 2 races.

Günther’s first Formula 2 outing will be during official testing in Le Castellet, 6th – 8th March. At the French circuit, teams will get their first chance to test the new 620-bhp Formula 2 racing car, powered by a 3.4-litre V6 turbo engine and equipped with the new halo head protection system.