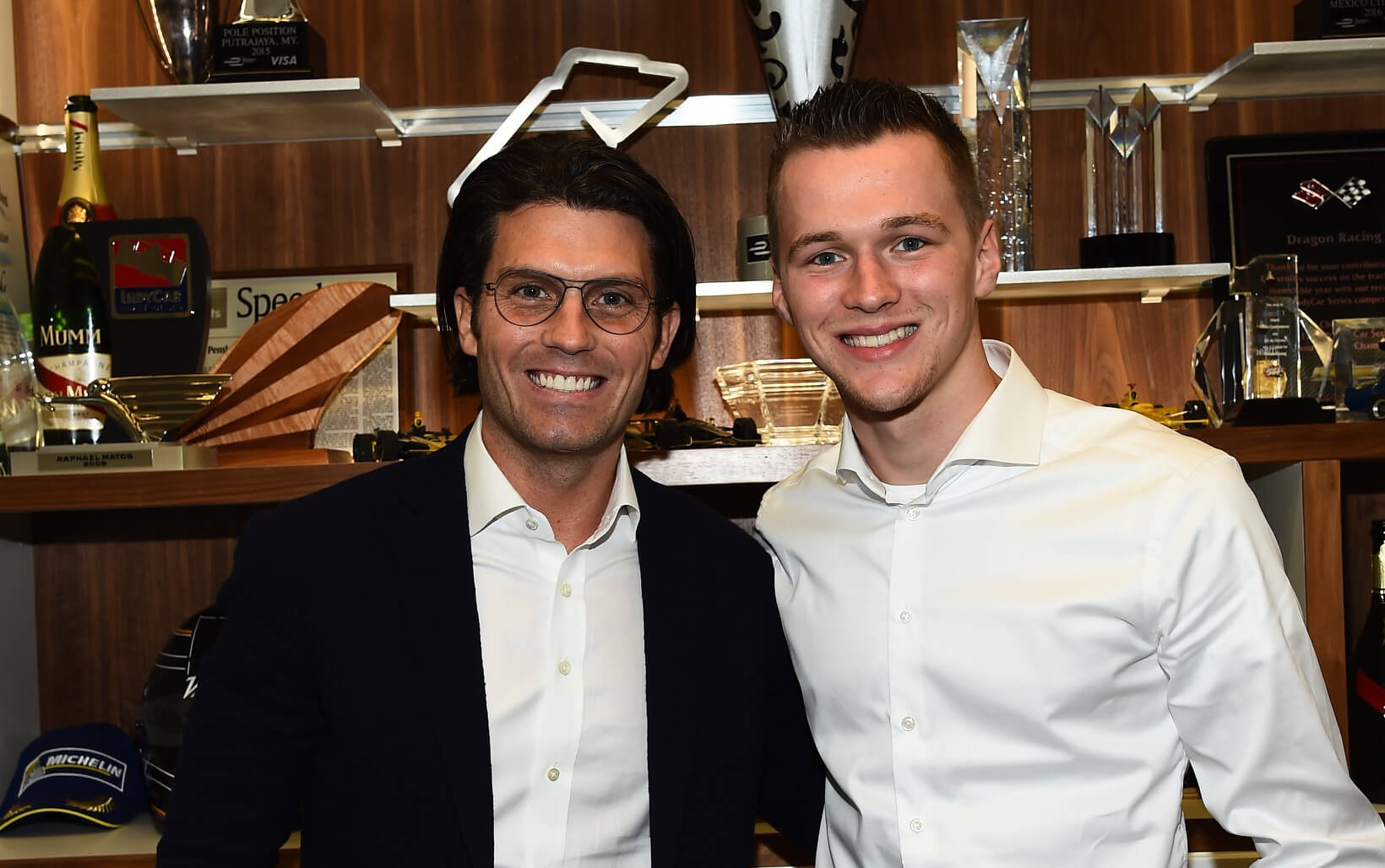 Maximilian Günther is now the official test and reserve driver for the eminent Formula E outfit, Dragon. He will be assisting Jay Penske’s team on race weekends in gaining more in-depth understanding of how to succeed in the ABB FIA Formula E Championship. Günther is also about to make his FIA Formula 2 race debut, so 2018 promises to be a busy and enjoyable year in his career.

Günther and team founder Jay Penkse agreed to the signing at a meeting in Los Angeles after the 20-year-old had impressed Dragon during the official Formula E rookie tests in Marrakech in January. In his first appearance in a Formula E racing car, he set the third-best lap time of all 20 drivers and was even faster than some of the Formula 1 drivers and DTM champions present.

“I’m really looking forward to working with Dragon in Formula E,” says Günther. “Jay Penske has built a fantastic team. In the rookie tests in Marrakech, I was given a great reception by the entire crew and made to feel at home right from the start. I was very impressed by the professionalism they bring to the job, and I now want to play my part in ensuring that the team continues to be successful in the future.”

FIA Formula E is the world’s first all-electric racing series and is currently experiencing a real boom, especially in Germany. Four major German carmakers will be competing in Formula E by 2019, namely Audi, BMW, Mercedes and Porsche. As a result, the number of automotive manufacturers involved in Formula E will increase to ten, making it even more attractive to the world’s top racing drivers.

Günther: “Formula E has become very big in a very short time and offers incredible potential. The current line-up with so many well-known drivers and champions shows the importance of the series within motorsport. I see Formula E as a very exciting opportunity for the future, and I’m glad to be part of the action at this early stage.”

Dragon is one of the most experienced teams in the ABB FIA Formula E Championship, having finished the inaugural season of 2014/15 as runners-up in the team championship. Along the way, the American outfit has recorded victories in Berlin and in Mexico City. Their driver squad for the current 2017/18 season comprises ex-Formula 1 driver Jerome D’Ambrosio and three-time World Touring Car Champion Jose Maria Lopez.

The ABB Formula E Championship is hosted by major cities around the world, including Berlin, Zurich, Paris and New York. The next race of the current season will be on 3rd March 2018 in Mexico City.