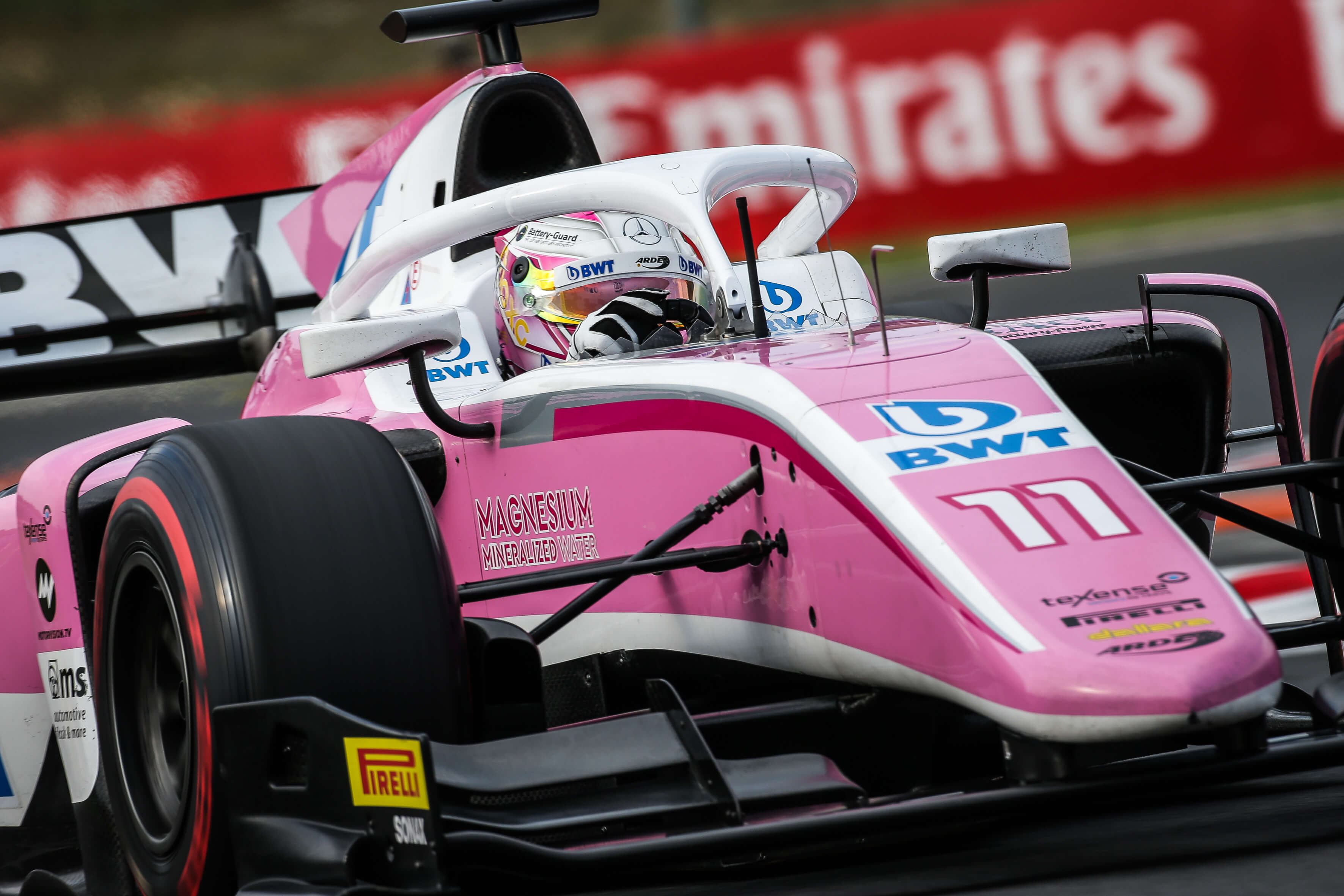 After his impressive win at Silverstone, Maximilian Günther was unlucky at the eighth round of Formula 2 in Budapest. Engine problems slowed down the BWT Arden driver already at the beginning of the race weekend at the Hungaroring and were the reason why Maximilian had to start from 15th position in Saturday’s race.

On Saturday afternoon, rain caused a wet track just before the start of the race. Maximilian moved up to tenth position, but was hit by a competitor on the first lap. Due to a damaged front wing, he had to come to the pits and get a new nose on his Formula 2 car. During the race the Hungaroring slowly dried up again, so Maximilian had to do an additional pit stop to change to dry tyres.

Afterwards Maximilian had a strong race pace and was the fastest driver on some laps. But due to the additional pit stop the gap to a position in the points was too big and it was not possible to finish higher than 16th place.

On Sunday Maximilian had to start from the back of the grid again and moved up to twelfth position at the start. The Rettenberger again convinced with a good pace until he had to come into the pit lane on lap 17. Electronic problems ended his race prematurely.

With 39 points in the championship, Maximilian ranks twelfth in the drivers’ standings. The next Formula 2 race weekend will take place from 24 to 26 August at Spa-Francorchamps in Belgium.

​Maximilian Günther: “After my win at Silverstone, the weekend in Budapest was very disappointing for me. Already in practice and qualifying I could not get the maximum performance out of the car due to engine problems. In addition, in the first race a competitor crashed into me after the start and damaged my front wing. On Sunday we had to retire due to electronic problems. Of course it is very sad and annoying, because I had a very good pace in the races and was able to keep up with the times at the front. We will use the summer break to analyse the problems and come back stronger afterwards.”

BWT Arden Team Manager Kenny Kirwan: ​​”After the success of Silverstone Maximilian and his BWT Arden team were extremely frustrated to come away from this event empty handed. With the difficult wet driving conditions in the first race Maximilian was hampered when a rival damaged his front wing, nonetheless Maximilian showed his speed by taking seven seconds out of the eventual race winner. The second race was very tough as Maximilian should have finished in the top 6, however, an electrical failure with the steering wheel resulted in a DNF. The team head to Spa next and we look forward to stronger results at the challenging historic Spa-Francorchamps circuit which I know will suit Maximilian.”