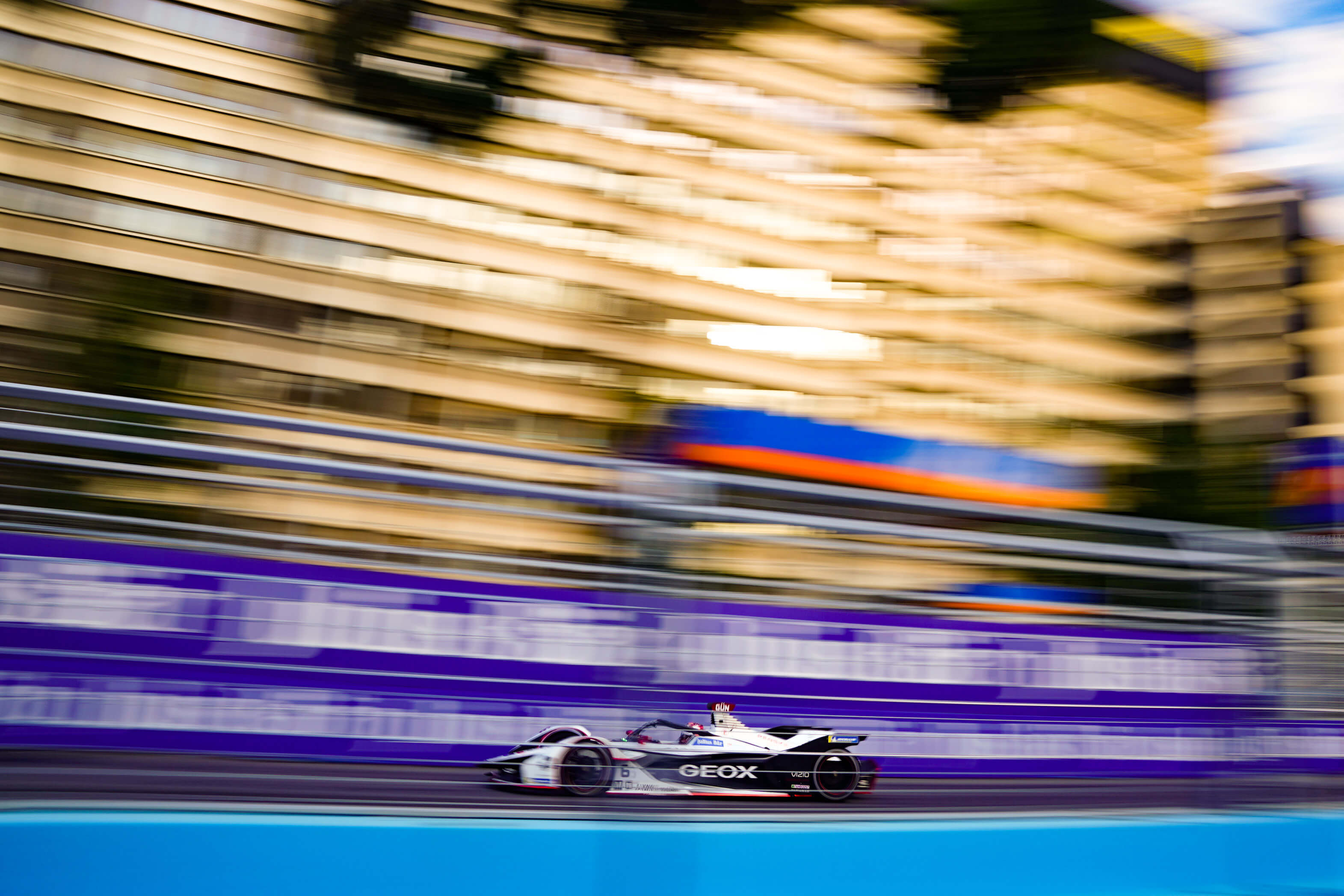 Maximilian Günther showed a strong performance during his comeback in the racing seat at the ABB FIA Formula E in Rome. The GEOX DRAGON driver was running in the points for most of the race and was about to score his first championship points in the electric series. In the course of the race he fought spectacular fights for positions with his opponents and was able to keep up with the pace at the front. Once again, like in his last race in Chile, Maximilian proved that he is one of the top drivers on the grid.

The 21-year-old German already shone with a strong performance in qualifying and catapulted himself into Super Pole in fifth place with a best time of 1:30.277 minutes. In the short break before the final stage of the battle for pole position, rain set in and caused extremely difficult conditions at the beginning of the session. The German mastered the challenge brilliantly and drove a sensational lap time in the rain. When the track dried up afterwards, the lap times got quicker and Maximilian achieved his best qualifying result in the ABB FIA Formula E with fifth place on the grid.

Just before the start of the race, another heavy rain shower caused adverse track conditions. Maximilian was able to maintain his position after starting from the third row, but a few corners later he experienced the pitfalls of the wet track and dropped back to ninth place after a spin. Through great overtaking manoeuvres, he fought his way back and with a points finish in sight, the German took full risk. But the effort was unfortunately not rewarded and he had to stop his car on the last lap.

Maximilian Günther: “It was a turbulent race! I was able to keep up with the front runners and I was on course to finish in the points most of the time. I gave it my all to score my first points in the ABB FIA Formula E and it’s a pity that it didn’t work out in the end. But I was able to show a strong performance and I was in the Super Pole for the first time. I hope that I’ll be able to enjoy it more often and to fight for points again!”