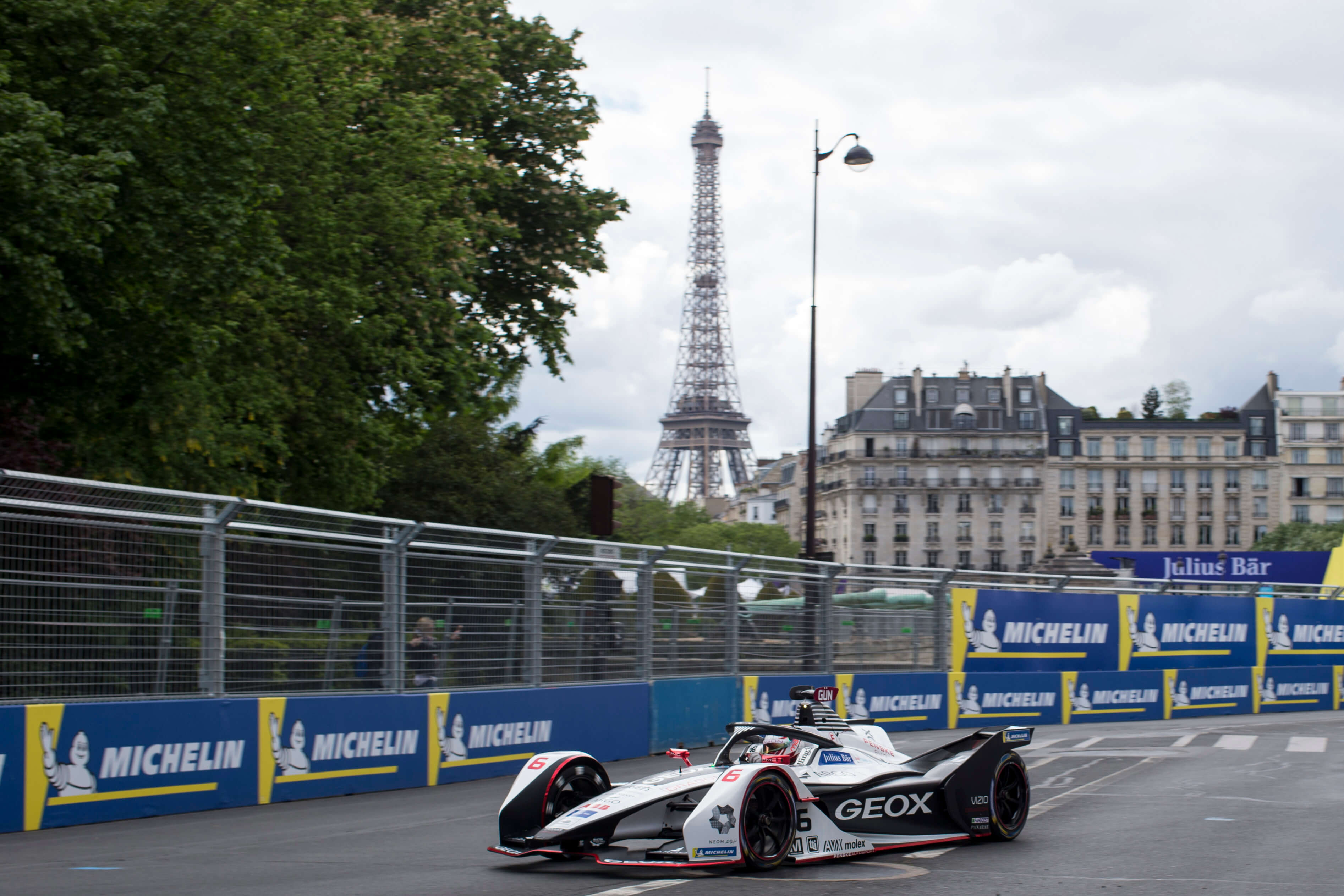 Maximilian Günther showed another outstanding performance at the eighth round of the ABB FIA Formula E season in Paris and finished fifth in the first ever rain race in the history of the electric series. The GEOX DRAGON driver scored ten points and, like at the rounds in Santiago de Chile and Rome, impressively proved to be one of the top drivers in the championship.

In extremely difficult, partly chaotic conditions and bad visibility on the wet Circuit des Invalides, the German stayed cool and secured the Top 5 spot in an impressive way, while many competitors were involved in spins and collisions.

In qualifying, which took place in dry conditions, the 21-year-old showed an outstanding performance like two weeks before in Rome. With a best time of 1:00.719 minutes, he missed his entry into the Super Pole by just 0.01 seconds. Maximilian secured seventh place on the grid and clinched his second best qualifying result in the ABB FIA Formula E. He even started from fifth place after two rivals were penalised and moved to the back of the grid.

Maximilian was running in fourth place shortly after the start of the race and maintained his position when heavy rain set in after 15 minutes and driving was like on an ice rink. But the German was on top of things and secured his first ten points with fifth place in his only fifth race in the ABB FIA Formula E. Thus he climbs up to 17th place in the drivers’ standings. The ninth race of the season will take place in Monaco (11 May) in two weeks’ time.

Maximilian Günther: „What an incredible race! I’m very happy about fifth place and my first points in the ABB FIA Formula E – even ten! The conditions in the rain were extremely difficult, but I really enjoyed driving in the wet and fighting for positions. I was in the Top 5 again and I’m very happy that the hard work finally paid off. Many thanks to everyone who supported me on my way there! I hope that I can score more points soon.“