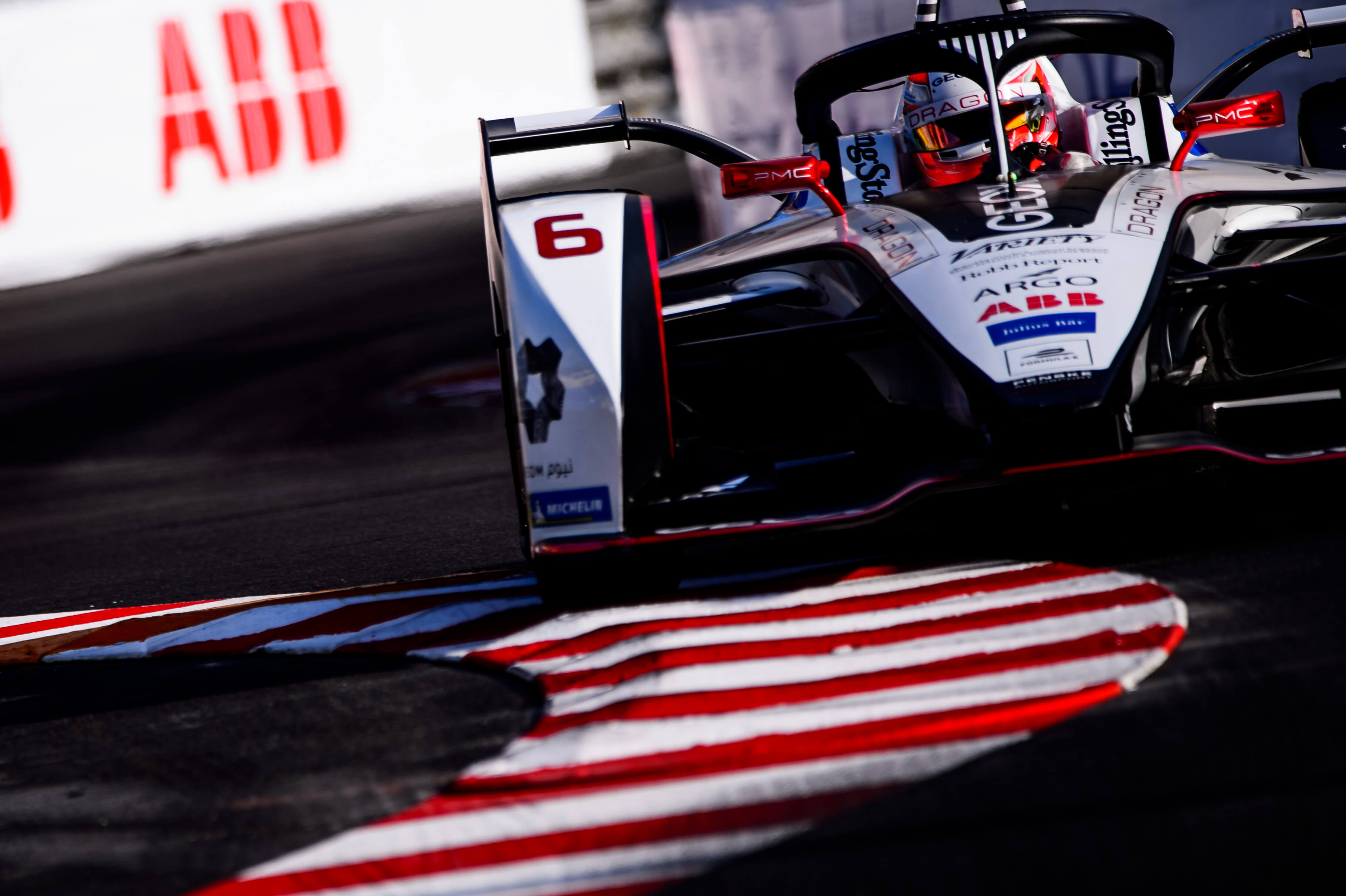 Maximilian Günther was unlucky at the ninth round of the ABB FIA Formula E season in Monaco. After a collision only 17 minutes before the end of the race the GEOX DRAGON driver had to stop his damaged car and could not score any points after his strong performance with fifth place in Paris two weeks ago.

The 21-year-old qualified 14th for the race, but due to a penalty he had to start the race from the back of the grid. Maximilian got off to a good start and made up some places. But overtaking in the streets of Monaco is almost impossible and so it was very difficult for the German to get close to the points.

After a collision with an opponent through no fault of his own, the Penske EV-3 #6 was so badly damaged that Maximilian’s race ended prematurely. After a difficult weekend he looks ahead and with ten points in the drivers’ standings still ranks 17th. The tenth race of the season will take place in two weeks (25 May) in Berlin.

Maximilian Günther: „It was a race to forget. It is extremely difficult to overtake in Monaco and as I had to start from the back of the grid, unfortunately this time I wasn’t able to fight for points. We tick off the weekend and look ahead. I hope that I will get the chance to race at the front again at my home race in Berlin in two weeks‘ time.“