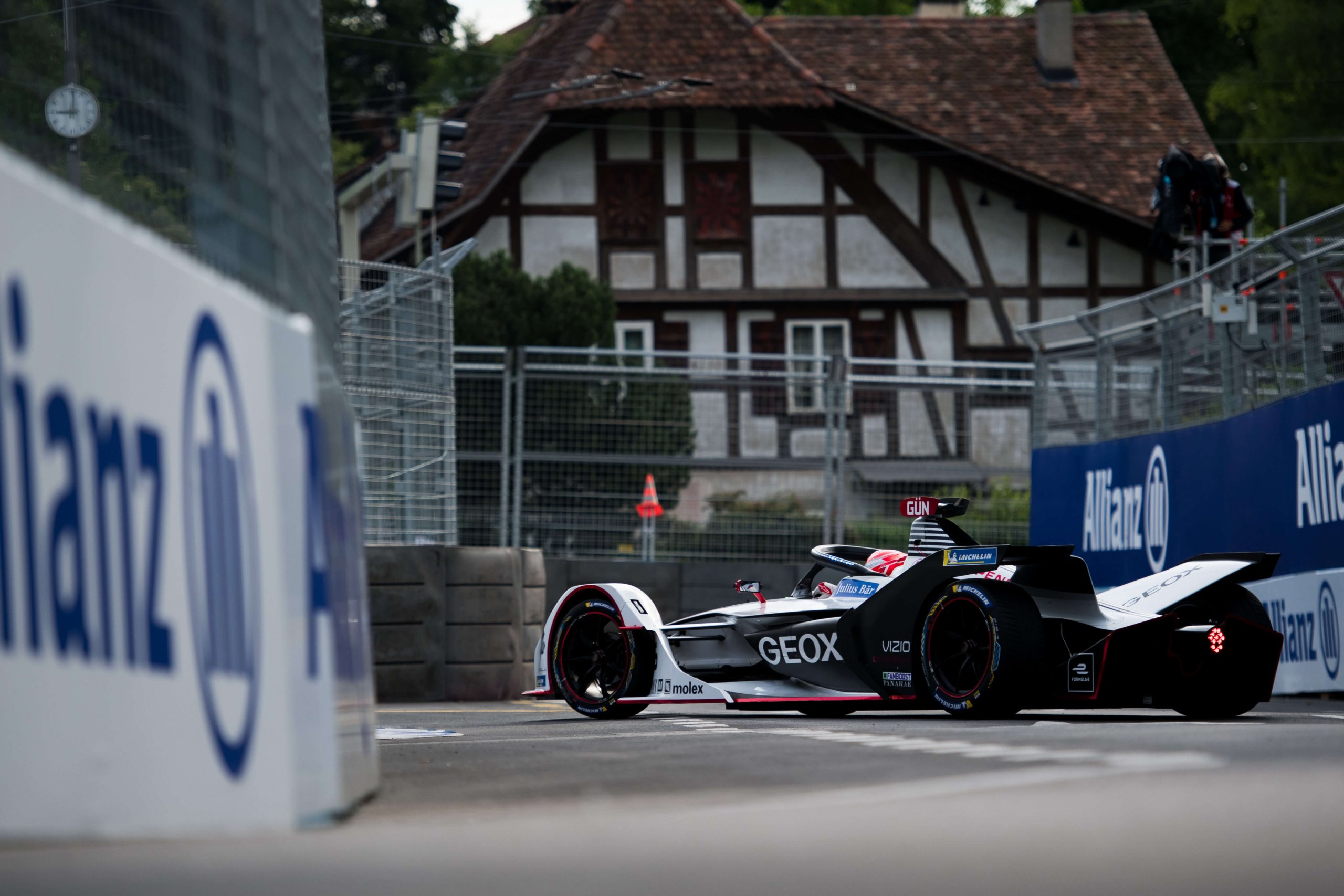 Maximilian Günther showed a strong performance at the ABB FIA Formula E in Bern again and scored points for the second time. The GEOX DRAGON driver gave proof of his talent after an excellent performance in the qualifying to the Swiss ePrix, where he laid the foundation for the race by moving into the Super Pole. In the race he maintained his top position and crossed the finish line in fifth place.

The 2.75 km long and narrow track in the Swiss capital was a real rollercoaster with big elevantion changes and an enormous challenge for the pilots. The 21- year-old German was able to keep up with the top times in all practice sessions and to race at the front.

In qualifying Maximilian made it into the Super Pole, as he did at the Rome ePrix, where the six fastest drivers were fighting for pole position. With a lap time of 1:19.371 minutes, he took a strong fifth place and equalised his best qualifying result of the season.

After the start from the third row, the German was involved in a collision in the first, very tight chicane in which the front and steering of his Penske EV-3 #6 were damaged. The GEOX DRAGON crew was able to fix the damage provisionally in a short period of time, so that Maximilian could resume the race after the suspension. Despite the handicap, he was able to assert himself in several exciting position battles. After 31 laps he finished fifth and achieved his best race result in the ABB FIA Formula E as he did in Paris.

In the drivers’ standings Maximilian ranks in 17th place with 20 points on his account. The final race weekend of the season will take place in New York City, where the races 12 and 13 will be held on 13 and 14 July. Maximilian is aiming for a successful end to the season at the home round of his GEOX DRAGON team and wants to finish his first season in the ABB FIA Formula E championship with another positive result.

Maximilian Günther: „It is great that we were able to score points and made it into the Super Pole again! The track is a real challenge, but that’s exactly what I like. Many thanks to my team GEOX DRAGON for the hard work and to everyone who supports me. Now we have to take the momentum with us and set another highlight at the season finale in New York.“