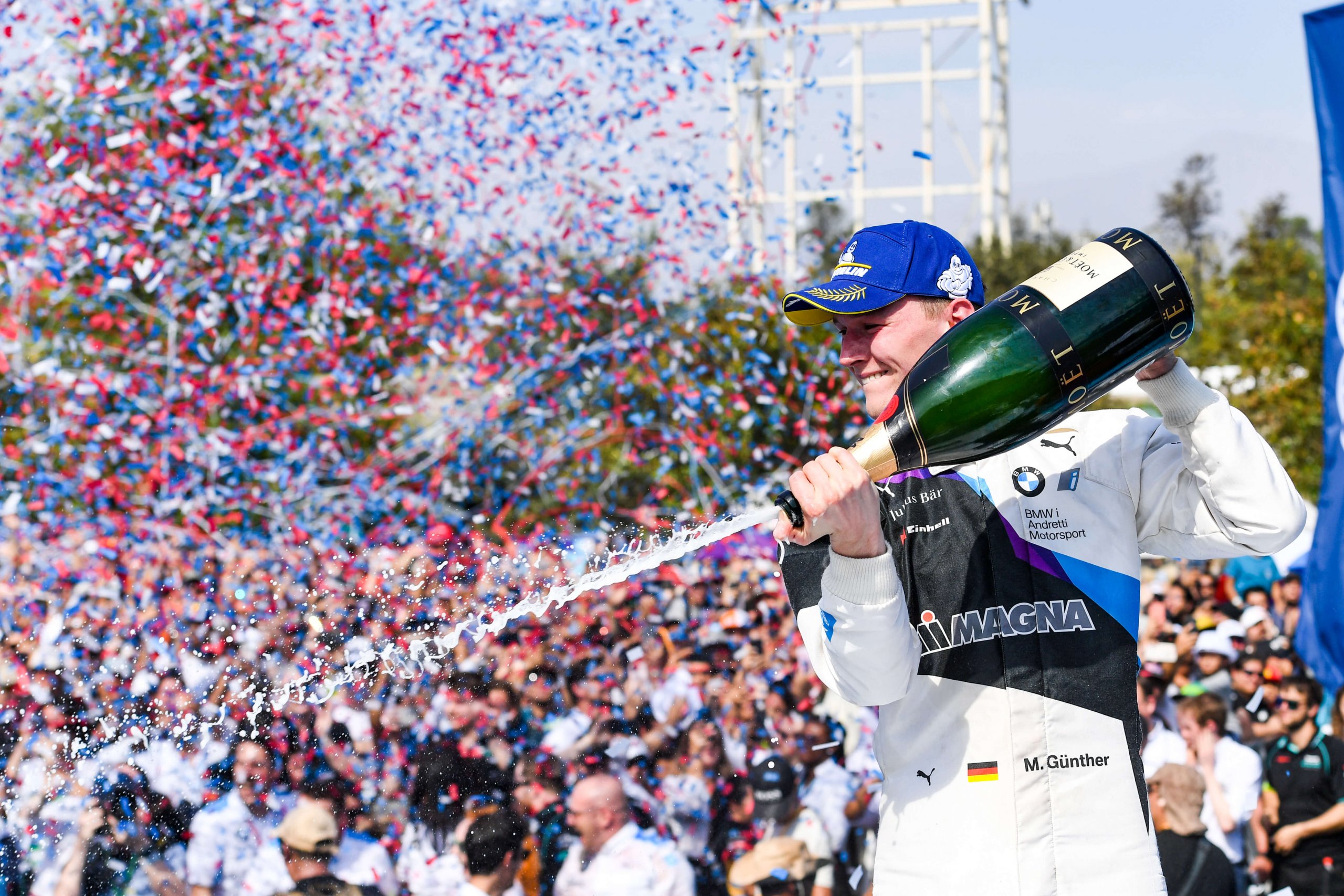 The year 2020 could not have started better for Maximilian Günther. In the first race of the new decade the BMW i Andretti Motorsport driver celebrated his first victory in the ABB FIA Formula E Championship. In a thrilling race in Santiago de Chile, he impressively prevailed against the competitors and, after 40 laps, crossed the finish line in first position.

In the qualifying session the German entered the Super Pole for the first time of the season, where the six fastest drivers fight for the pole position. With a personal best lap time of 1:05.102 minutes, he clearly set himself apart from the competition and finished second just behind the leader. Maximilian Günther thus achieved his best qualifying result and started from the front row of the grid for the first time in his Formula E career.

After 17 laps, the 22-year-old took the lead and pulled away from his opponents. During the heat battle on the reworked 2.287 kilometre long Parque O’Higgins, the focus was on good energy and temperature management, and so it became exciting again just before the end of the race.

With a spectacular overtaking manoeuvre on the final lap Maximilian Günther regained the lead and, at the age of 22 years and 200 days, became the youngest race winner in the history of Formula E.

In the drivers’ championship Maximilian Günther ranks fourth with 25 points after three races. The fourth round of the season will be held in Mexico on 15 February.

Maximilian Günther: „I can hardly put it into words what happened today. I’m mega happy that I won the race today. Standing on the top step of the podium is an incredible feeling. It was a great fight at the front and I really wanted this victory. I’m very happy that it worked out! Many thanks to my team. The boys and girls gave me a great car today, everything worked out just great!“