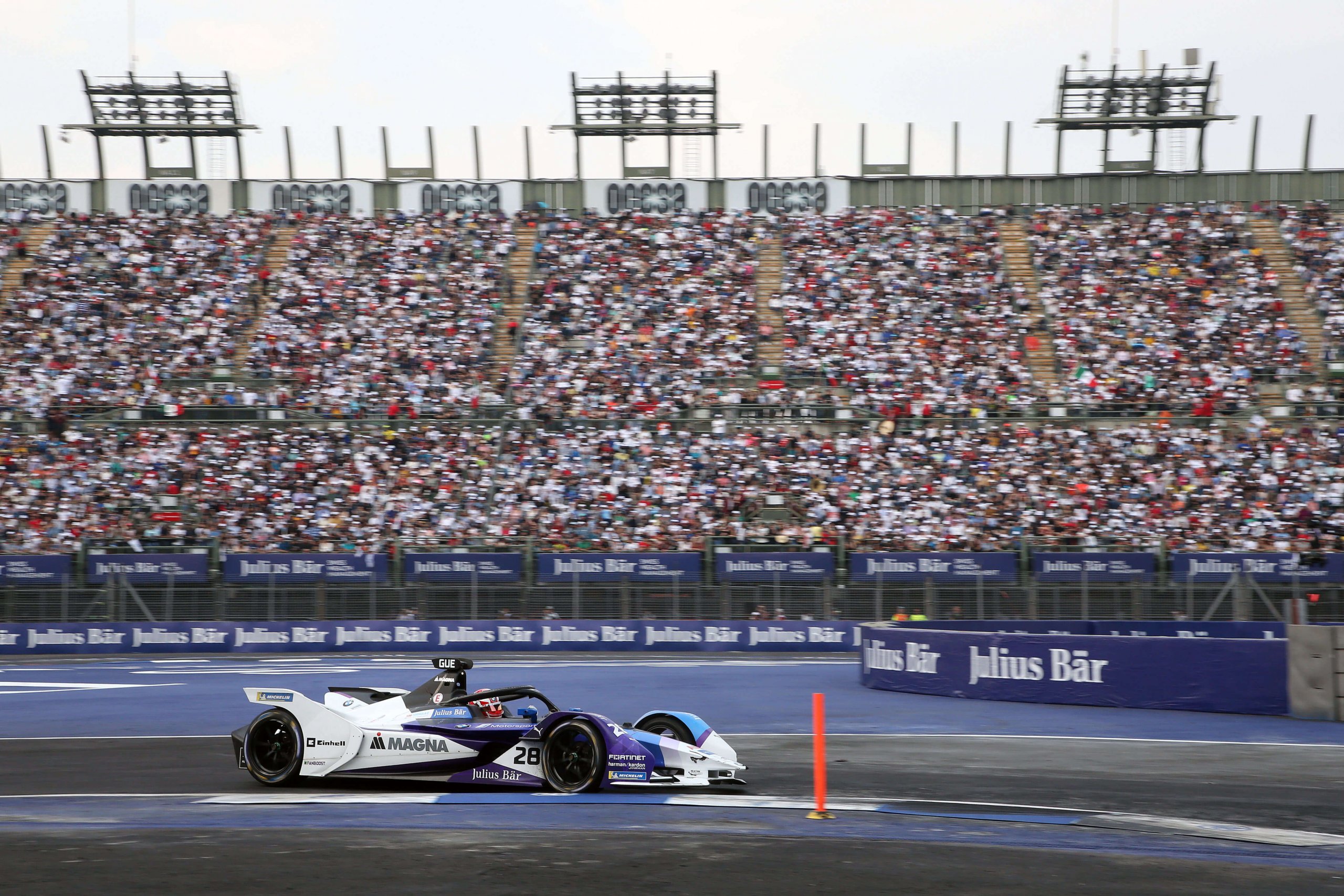 Maximilian Günther only just missed scoring points at his Formula E debut in Mexico City. After 36 laps, the BMW i Andretti Motorsport driver finished the fourth round of the ABB FIA Formula E Championship season in eleventh position.

After his maiden victory in the electric race series in Santiago, the 22-year-old had to go on the hunt for times in the first of four qualifying groups in Mexico City. As the track conditions improved during the session and the German set his lap time of 1:09.098 minutes early on, he only qualified for 16th place on the grid.

The German was able to make up some positions in a packing race and moved up to eleventh place. But that was all he could do on the 2.606 kilometre long circuit, which is situated at 2,234 metres above sea level.

With 25 points Maximilian Günther ranks eighth in the drivers’ championship. The fifth race of the season will take place in Marrakesh in two weeks’ time (29 February). The BMW i Andretti Motorsport driver is aiming for a top position there.

Maximilian Günther: “We couldn’t do more this time, that’s a shame. Now we have to focus on the race in Marrakesh and continue to work hard in order to be among the front runners again.”