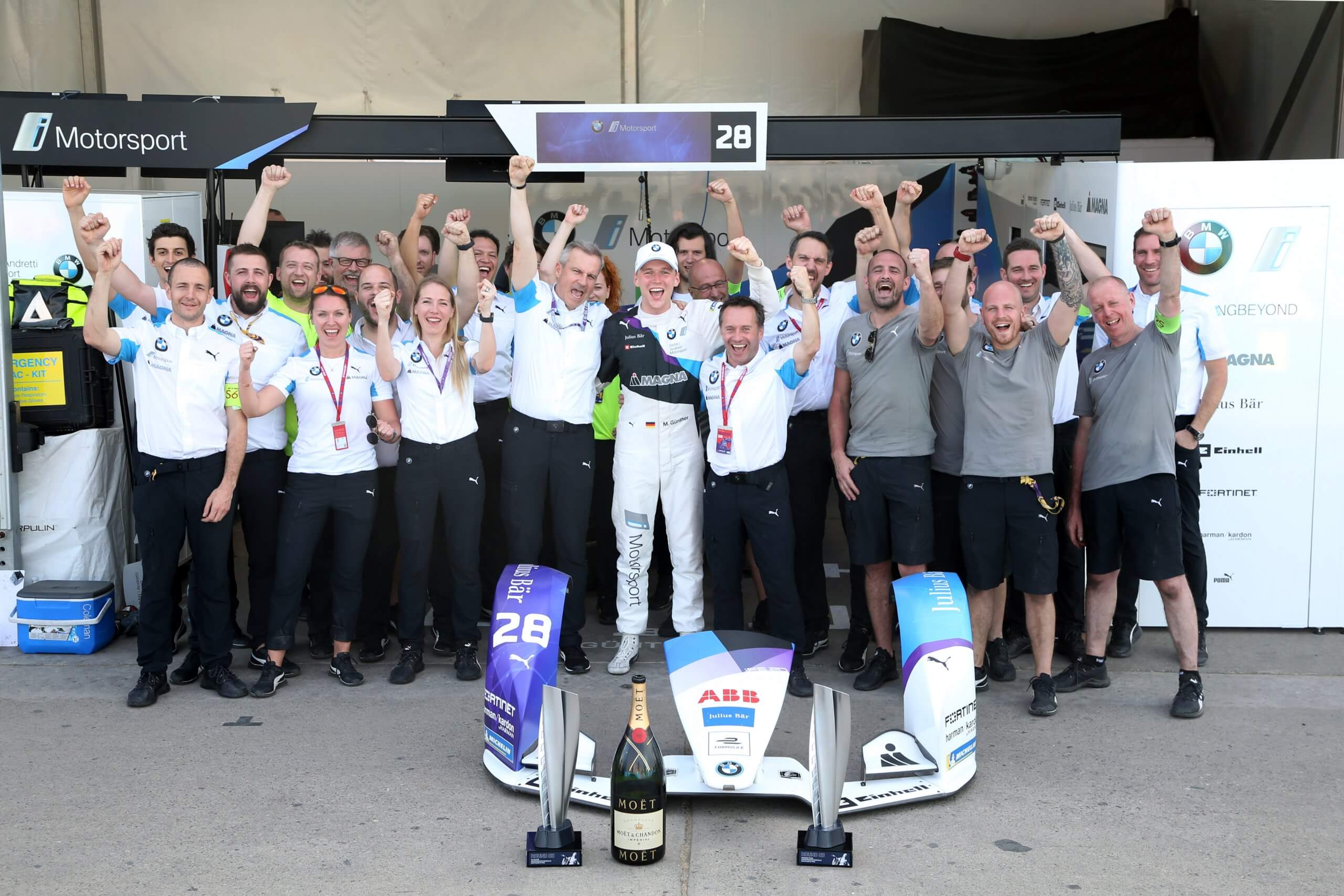 Maximilian Günther and BMW i Andretti Motorsport will extend their successful cooperation and chase for the championship in the 2021 Formula E season. In the first year of the new ABB FIA Formula E World Championship, the German race driver and the Munich-based car manufacturer rely on a proven concept for success.

With spectacular overtaking manoeuvres in the fight for top positions, impressive speed, nerves of steel and fighting spirit right up to the end, the 23-year-old caused a sensation several times last season and established himself in the ranks of the top drivers in the top-class driver field of the all-electric racing series.

He already celebrated great successes in his first year together with his BMW i Andretti Motorsport team. Maximilian Günther set the first impressive highlight at his maiden victory in Formula E in Santiago de Chile. At the age of 22 years and 200 days he took the top step of the podium for the first time and made history as the youngest Formula E race winner.

Another highlight was the German’s spectacular home win in Berlin at the eighth round of the season. After the closest finish in Formula E history, he clinched the first victory on home soil for himself and BMW i Motorsport. With second place in Marrakesh, the BMW i Andretti Motorsport driver scored another top result and stood on the podium three times in total.

Maximilian Günther: “I’m very happy to continue racing with BMW i Andretti Motorsport in Formula E and to fight for the title together. I felt very comfortable from the first moment I joined the BMW factory driver line-up last year. And I’m very happy to be a part of the BMW family in the future as well! We were on the podium three times in our first year together, twice as winners. In the drivers’ championship we battled for second place until the last race. That shows how strong our package was. Formula E will become a FIA World Championship from next season and the award of the first World Championship title is an additional motivation for us. We will continue to work hard and do everything we can to set an exclamation mark next year as well and achieve further successes.”

Jens Marquardt, BMW Group Motorsport Director: “I’m really looking forward to racing in the next Formula E season together with Maximilian Günther. Having such a focused, professional and fast driver at BMW i Andretti Motorsport even at such a young age is very valuable for the team. With his two victories in Santiago and Berlin he has delivered real highlights. Maximilian will build on his experiences from season 6, the team and he will be even better attuned to each other. All this will hopefully lead to even more success on the race track.”