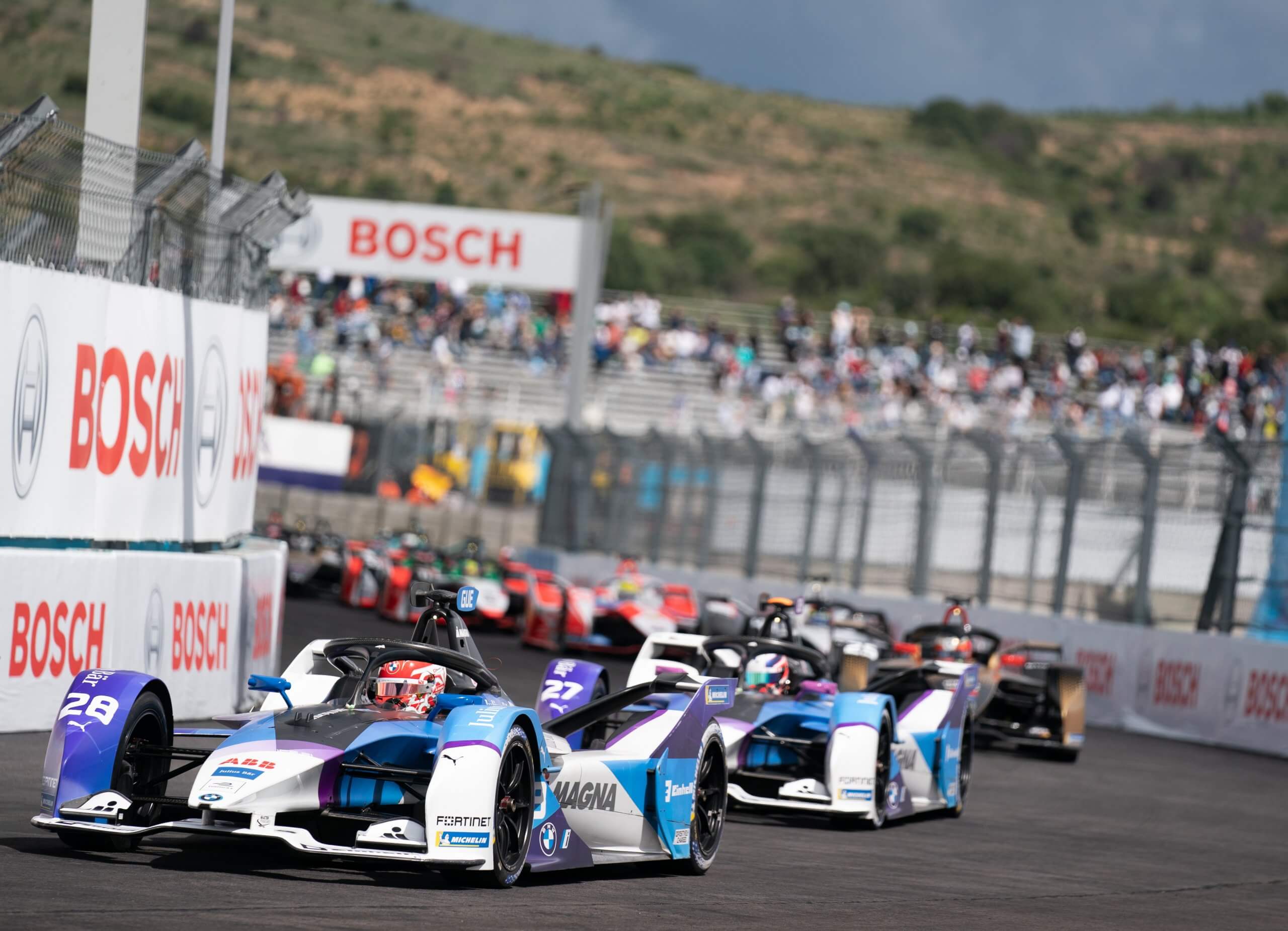 After a six-week break from racing, Maximilian Günther returned to the cockpit of his BMW iFE.21 #28 this weekend. In Puebla (Mexico) the ABB FIA Formula E World Championship kicked off the second half of the season with rounds eight and nine, where the BMW i Andretti Motorsport driver finished in twelfth and seventh respectively. In Saturday’s race, he fought for a spot on the podium until the very end and led the field meanwhile.

The 2.982-kilometre permanent circuit near the capital Mexico City is located 2,300 metres above sea level and is new to the Formula E calendar. At the beginning of the weekend, the teams and drivers familiarised themselves with the new, bumpy track and the tyre-challenging oval corner. The two free practice sessions on Saturday took place in tricky conditions on a slowly drying surface.

In the decisive qualifying session, Maximilian Günther was the fastest in the third group with a lap time of 1:24.072 minutes and, in fifth place overall, moved into the Super Pole for the fifth time this season. There he secured fifth position (1:25.095) and started from the third row into the eighth race.

After an excellent start, the 23-year-old German moved up to second place and temporarily took the lead. Until shortly before the end of the race, he was on course for the podium and was fighting for victory. But only a few laps before the finish he dropped back due to energy problems and finished twelfth.

In qualifying for the second Puebla E-Prix on Sunday, the German was eleventh (1:23.640) and after a good start, he was in ninth place. He managed his energy well and after 32 laps finished in seventh place, for which he was rewarded with six points.

Maximilian Günther ranks 18th in the drivers’ standings with 28 points on his championship account. On 10/11 July, Formula E will visit New York for the fifth doubleheader of the season.

Maximilian Günther: “The race on Saturday got off to a great start when I came from P5 to P2 and I was in the lead for a few laps. Unfortunately, we didn’t have the pace and we used a bit too much energy because of that. That cost us a good result, probably even a podium. I also had a good start on Sunday and was able to make up some places. We are leaving Mexico with seventh place and six points in our pocket and we will take our learnings from this weekend to attack again next time.”