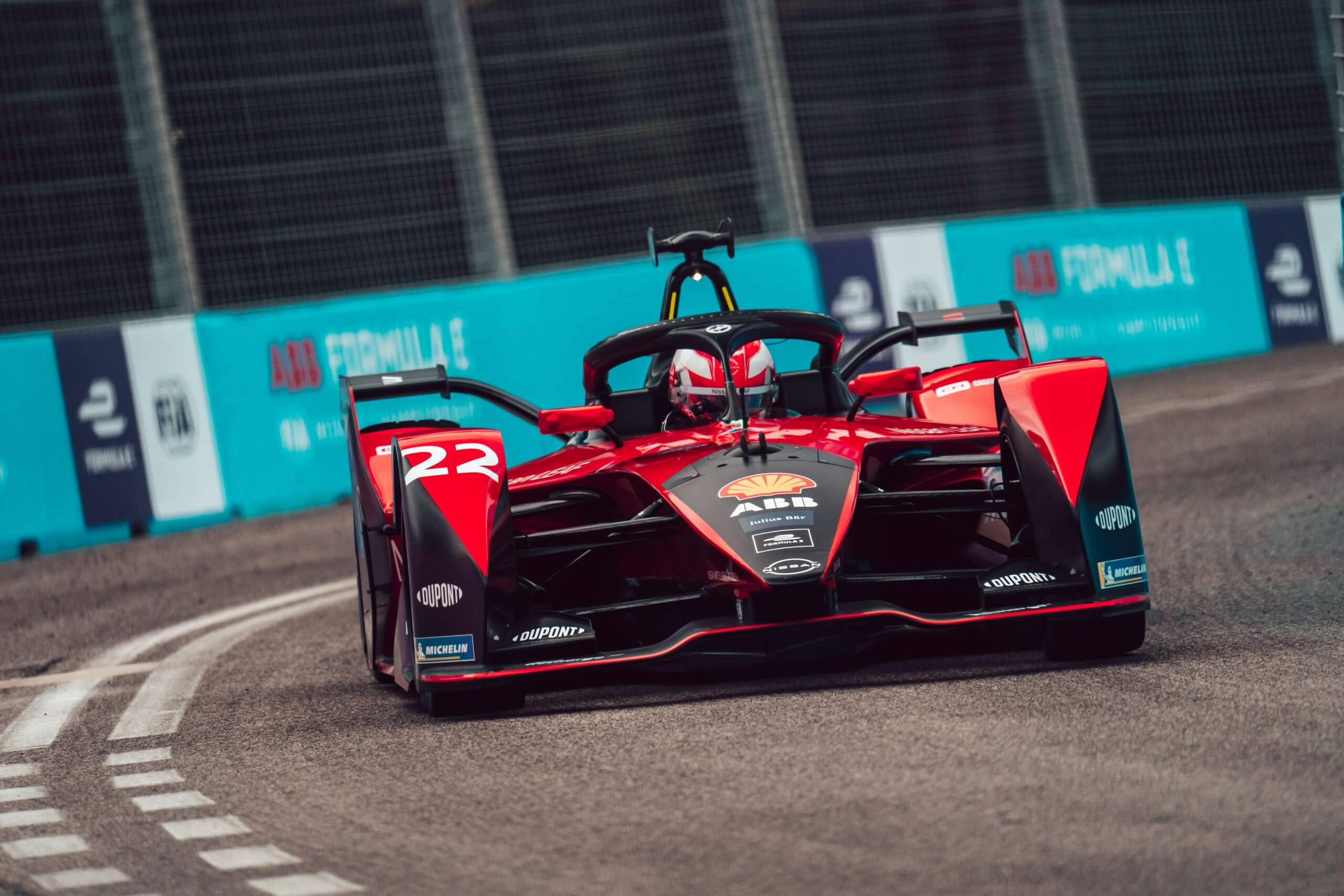 Maximilian Günther was dogged by bad luck at the Formula E double-header in the Italian capital Rome. Suspension damage forced him out of race one after just a few corners. After an impressive fightback following an early pit stop in Sunday’s race, Günther narrowly missed out on the points in eleventh place.

After an eight-week break, Formula E returned with races four and five of the season in Rome. The 3.385-kilometre circuit in the Eternal City is the longest on the calendar in the electric racing series. Maximilian Günther qualified 16th for the opening race of the weekend. The German from Oberstdorf made a good start in the Esposizione Universale di Roma district of the city. However, Günther’s race came to a premature end after just nine corners: a hectic start saw the Nissan e.dams driver involved in a crash. Just a few moments later, he was forced to retire with suspension damage.

Starting from 16th place on Sunday, Günther was initially plagued by more misfortune, as a puncture, suffered through no fault of his own, forced him in for an unscheduled pit stop on lap one. An early safety car phase neutralised the field, which allowed Günther to close the gap to the rest of the pack. The Nissan driver then used the Attack Mode to gain several positions and, at the end of a weekend dominated by bad luck, he eventually came home eleventh after a mighty fightback.

Maximilian Günther: “It is a shame that I was forced out of the opening race so early on, and particularly in this manner. The damage was too bad and there was nothing I could do. After the tricky start, we had good pace on Sunday and I am happy to have pulled off so many overtaking manoeuvres. I would have liked to have rewarded the team and myself with some points, but it was still nice to end a difficult weekend on a positive note.”