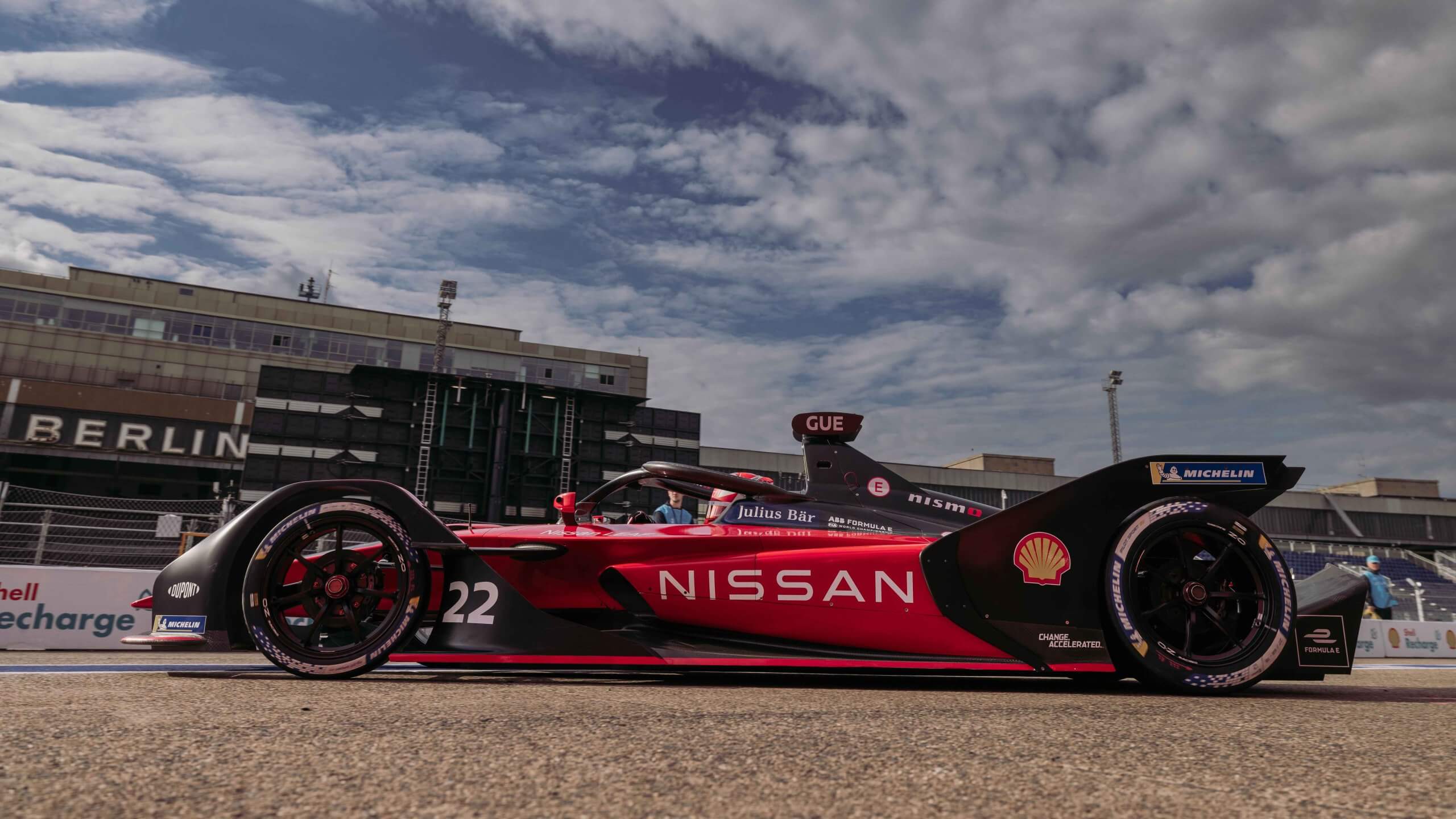 Maximilian Günther’s fighting spirit at the Formula E double-header in Berlin went unrewarded. Saturday’s seventh race of the season saw the German finish 18th on the 2.335-kilometre track. There was a slight improvement on Sunday, when the 24-year-old crossed the finish line in 16th place.

The fully-electric racing series travelled to the German capital for the fifth race weekend of the season. After the race in his adopted home of Monaco, this was the second home event in a row for Günther, who was born in Oberstdorf. The circuit on the apron of the former Tempelhof Airport offered plenty of variety for the drivers: Race seven was held in an anti-clockwise direction, before the field tacked the same track clockwise in race eight.

The first free practice session on Saturday morning once again gave an indication of just how evenly matched the field is this season: Günther was 14th, just 0.7 seconds slower than the fastest car. The driver from the Nissan e.dams team qualified 17th for race one. However, the strategy that he and the team opted for failed to pay dividends in a tough race, and Günther eventually crossed the finish line in 18th place.

Günther, who has won multiple races in Formula E, improved on Sunday and started race two from 12th place on the grid. The start went smoothly at first, and the German driver found himself within touching distance of the points. However, he then dropped back through the field and ended the race in 16th place.

Maximilian Günther: “That was a tough weekend. We had definitely hoped for more. Despite that, we will focus on the slight improvement in race two in Berlin, and will draw the right conclusions from the weekend. I am now looking forward to the circuit in Jakarta, where I will have another chance and push hard again.”