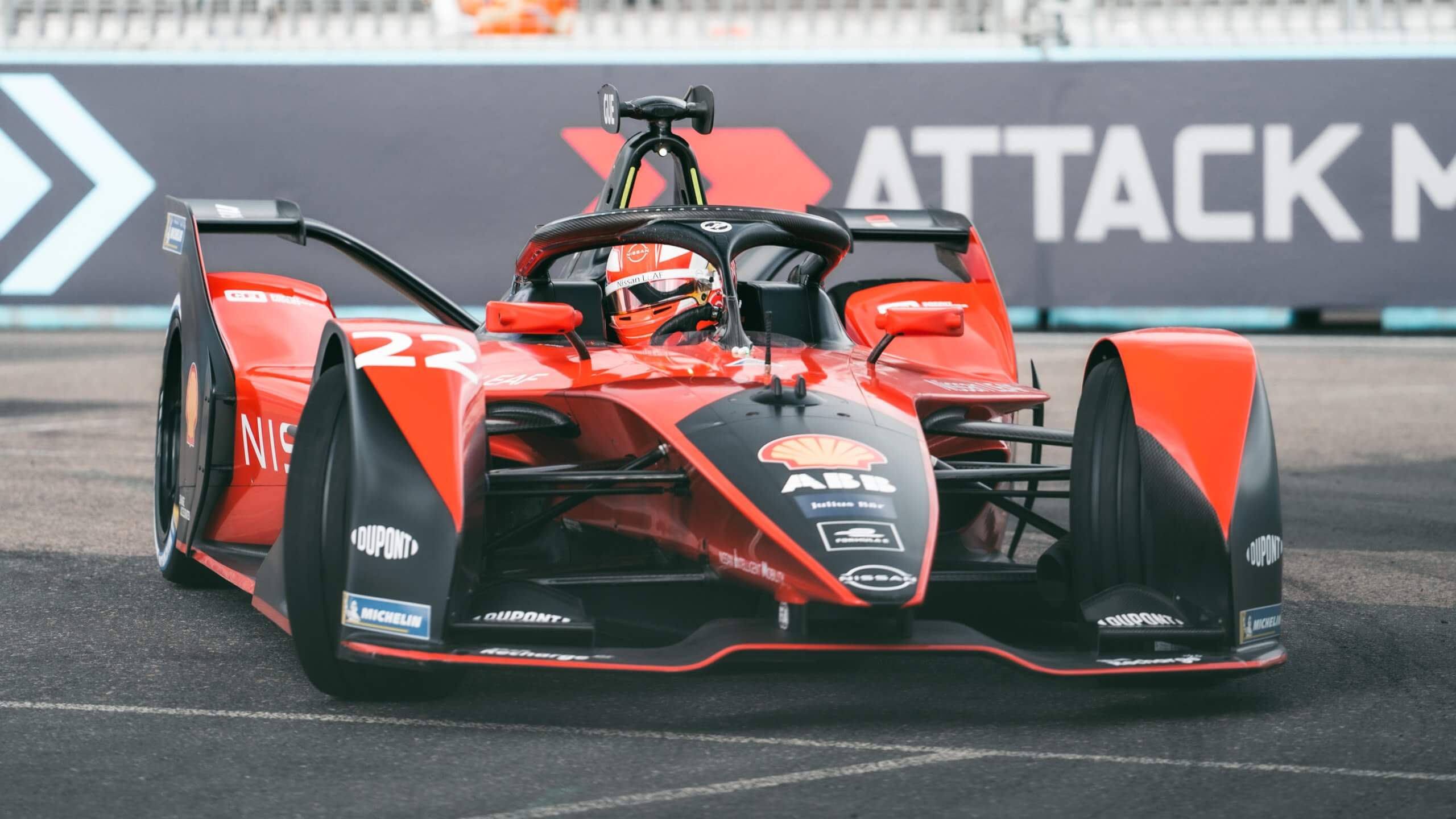 Successful weekend for Maximilian Günther in Formula E: at the 13th race of the season in London, the 25-year-old crossed the line in eighth place to repeat his points-scoring performance from Mexico City. The driver from Oberstdorf missed out on more points in Sunday’s race due to a not-at-fault collision.

The fully-electric racing series headed to the British capital on the penultimate weekend of the season. Part of the 2.141-kilometre course on the Thames runs indoors, with the rest in the open. Günther settled in superbly on the challenging circuit with 22 corners, moving into the quarter-final of the qualifying duels. The Monaco resident secured sixth place, on the third row of the grid.

The race on Saturday afternoon started according to plan for the Nissan driver and he was able to defend his position throughout the entirety of the 45-minute race. However, energy problems on the final lap put paid to any ambitions of a better finish after a faultless display. Günther crossed the line in eighth position and was delighted with his best finish of the current season.

The multiple Formula E race winner qualified in eighth place for the second race on Sunday. Günther was wide awake, defending his position at the start of the race and at the restart after an early safety car phase. However, another driver pushed him into the wall one lap later, damaging his car so extensively that the front wing had to be replaced. This put an end to his chances of recording another top 10 finish and Günther completed the race in 15th place.

Maximilian Günther: “I am extremely happy with the weekend in London. We adjusted the car a little after the first free practice session on Friday, which really paid off. The first race went superbly and I was always in sixth place, but I lost a lot of energy as I was always having to defend my position. The car also felt really good on Sunday and we had the pace to score more points, but the damage finished our race. Nonetheless, I am feeling good ahead of the final race weekend in Seoul.”

The finale in the ABB FIA Formula E World Championship will take place as a double-header for the first time, from 13th to 14th August in the capital of South Korea.