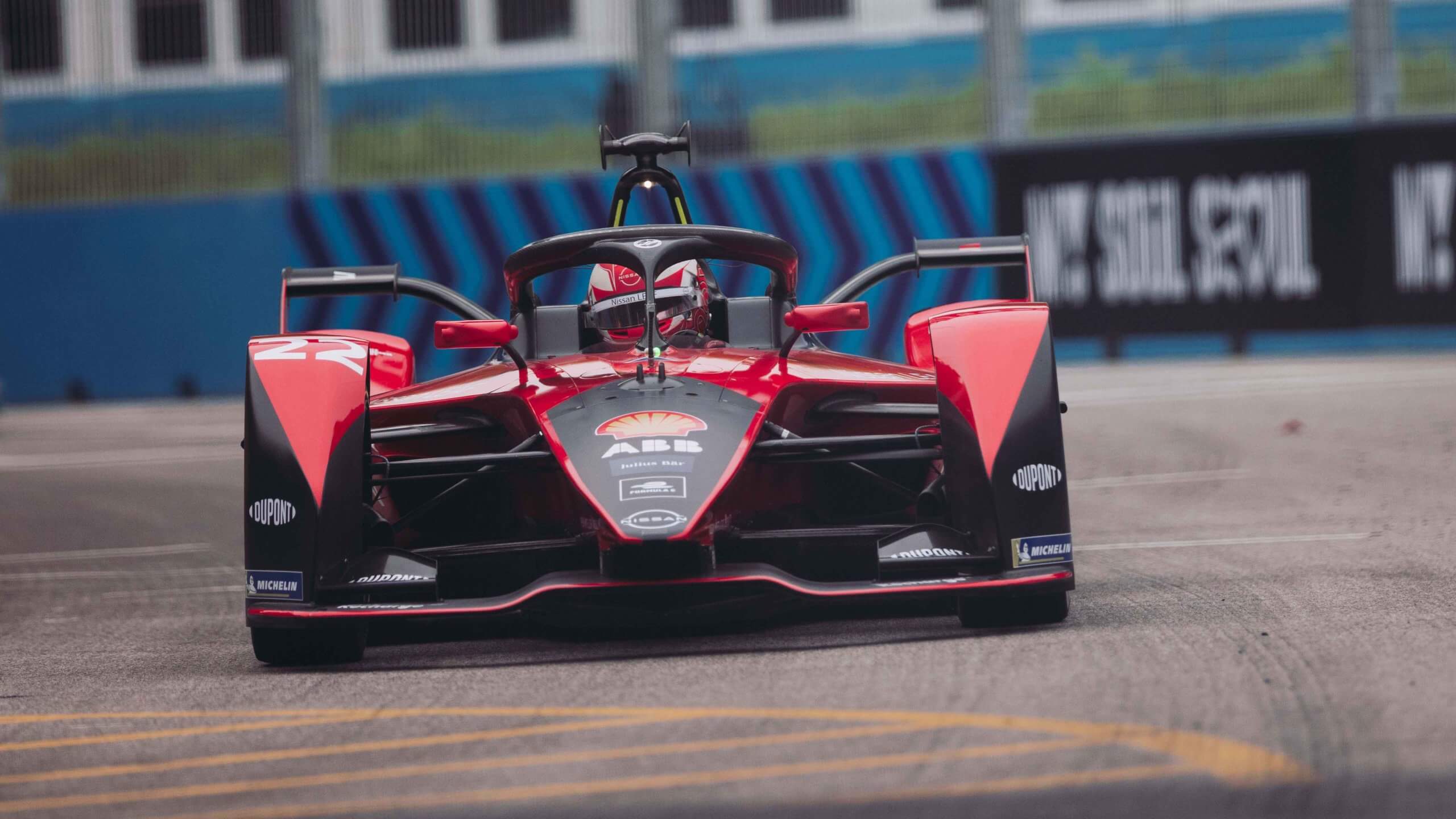 Maximilian Günther left the final round of this season’s Formula E World Championship empty-handed. The 25-year-old produced a strong performance to finish eleventh in Saturday’s race. However, a challenging season came to a premature end for the driver from Oberstdorf, Germany, when damage to his car forced him to retire from race 16 of the season on Sunday.

The final double-header in the fully-electric racing series took place in the South Korean capital Seoul for the first time. Günther lined up in 17th place on the grid for race one at the 2.618-kilometre circuit, a section of which ran through the 1988 Olympic stadium. However, the 45-minute race was suspended after just one lap. Günther showed strong nerves on a wet track at the restart and gained several positions through some excellent overtaking manoeuvres. The Monaco resident came home just outside the top ten in eleventh place.

On Sunday, everything initially went to plan for the Nissan driver. Günther drove well to qualify a fine ninth for race two. He then performed strongly and defended his position in the opening stages of the 100th race in this prestigious series. However, the multiple Formula E race winner was forced to retire at the halfway point of the race, due to damage picked up in collisions with other cars.

Maximilian Günther: “I climbed a number of places in Saturday’s race and the set-up of the car was great. However, I was lacking speed in the closing stages, which meant I was no longer able to attack. I took a slightly more aggressive line at the start on Sunday, which paid off at first. Unfortunately, however, there was some contact with other cars, which resulted in my suspension being badly damaged. I also suffered a slow puncture and was unable to complete the race. We will now sit down together, hold some talks and look at how to proceed next season,” said Günther after the finale. The Nissan driver ended the season in 19th place in the championship.