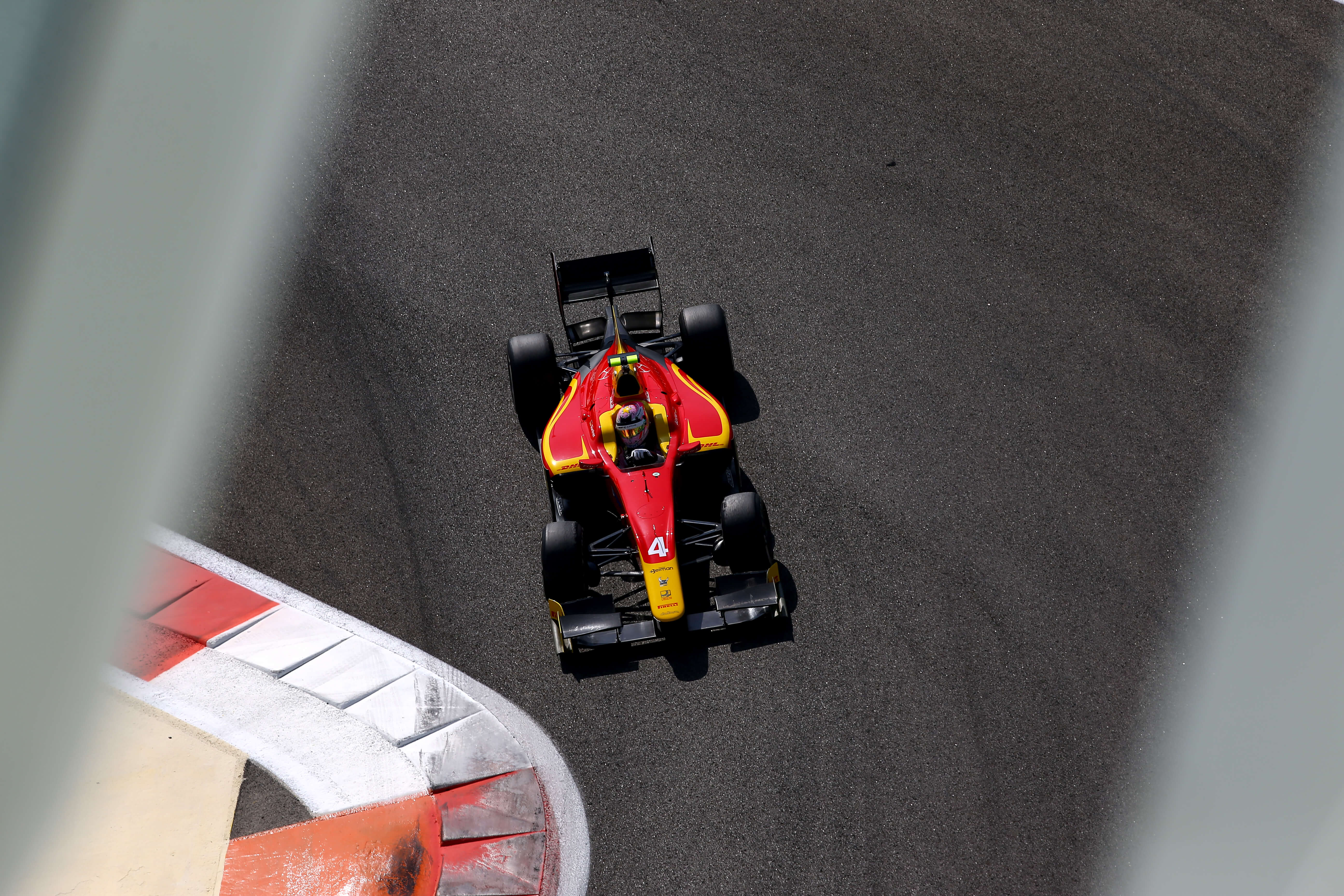 Maximilian Günther received a special reward to round off a successful 2017 motorsport season. Thanks to the support from his partner, BWT, he got the chance to take the next step up the career ladder, making his FIA Formula 2 debut with Racing Engineering in Abu Dhabi. Günther impressed straightaway on his first time out in the series which is just one down from Formula 1.

The 20-year-old spent two days testing with the over 600-bhp racing car at the world-famous Yas Marina Circuit. This was his first drive in a much faster vehicle, and the 5.554-km race track in the United Arab Emirates was also new to him. However, the young German hopeful quickly managed to adapt to these fresh challenges.

Technical problems on the first day meant that Maximilian was unable to post many laps. Nevertheless, he did well in the 20-strong field, leaving behind a number of fellow competitors. He proved unstoppable even after a brief break in the afternoon, improving steadily with the help of Racing Engineering, who are an extremely experienced outfit. By the second day, Günther in P9 was already in the Top Ten.

Max made an excellent impression on his first outing in FIA Formula 2. Ultimately, he was less than three-tenths of a second down on more experienced team-mate Oliver Rowland, who finished third overall in the world’s fastest junior series in 2017.

Max Günther: “Friday was my first full day in the FIA Formula 2 car, but I still gained a lot in experience, felt comfortable immediately and had the necessary speed. In the end, I was just 28 hundredths down on my more experienced team-mate, Oliver Rowland, which is pretty good going for a first time. Many thanks to Racing Engineering and the team at BWT for all their help and terrific support. It was a fantastic experience that I’ll be able to think about all winter.”