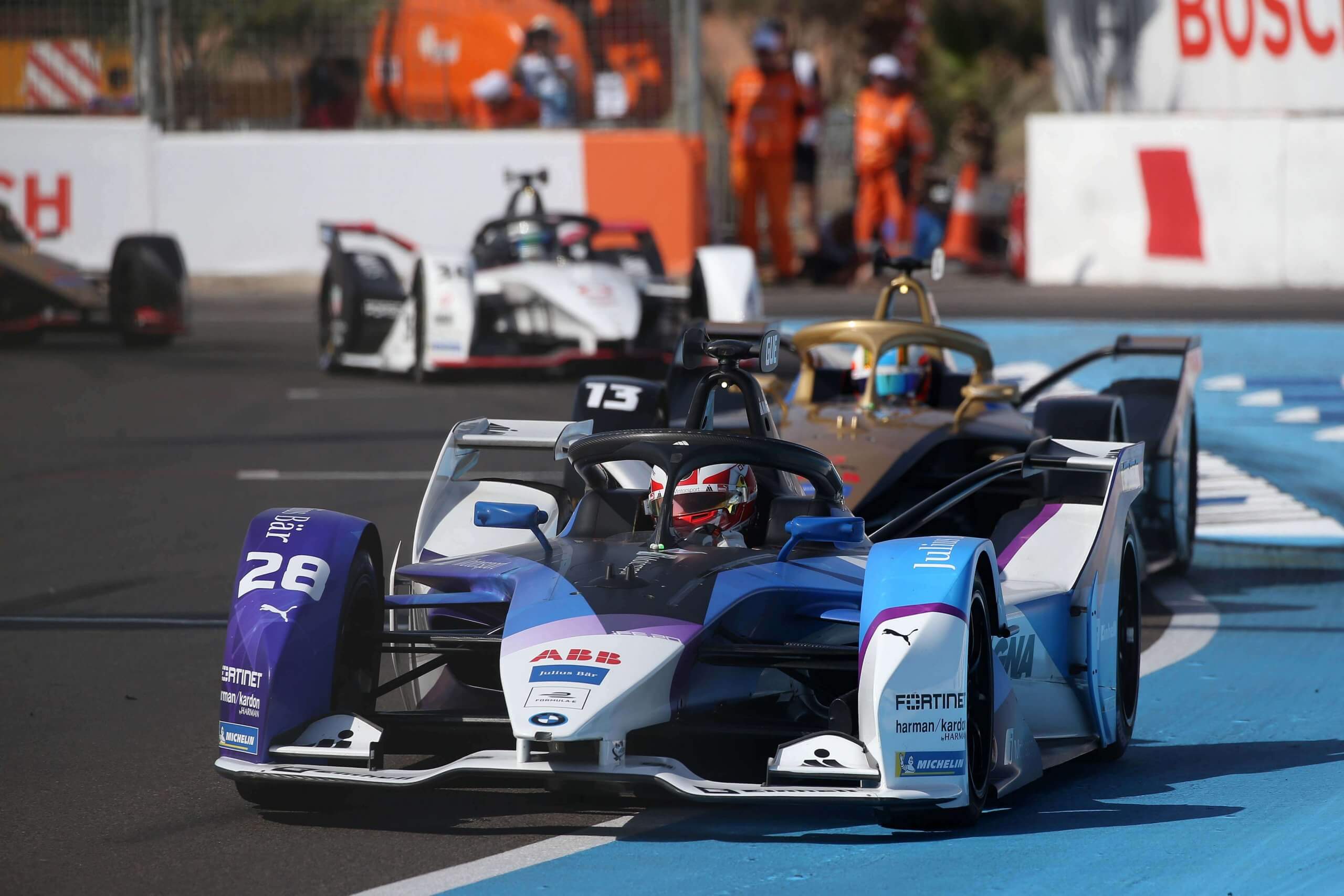 Maximilian Günther took his second podium finish in the ABB FIA Formula E Championship at the Marrakesh E-Prix. Coming from second place on the grid, the BMW i Andretti Motorsport man drove a smart race and snatched second place on the final lap with a spectacular overtaking manoeuvre. Energy management was a key factor on the 2.971 kilometre circuit and the 22-year- old had managed the race well, allowing him to make a successful final attack.

Maximilian Günther laid the foundation for another success in qualifying. He performed strongly in the second group and initially set the best time with a lap time of 1:17.562 minutes. In the following groups no other driver was able to break this mark.

The German stayed in first place and thus achieved his best qualifying result so far. For this achievement he was rewarded with one championship point and for the second time this year he moved into the Super Pole of the best six drivers. There, with a lap time of 1:17.227 minutes, he just missed pole position by 0.069 seconds and secured second place on the grid.

For the second time after Santiago, the driver from Bavaria started from the front row and meanwhile took the lead. After 36 intensive laps with spectacular overtaking manoeuvres in the fight for victory, he finished second.

With 44 points on his account Maximilian Günther climbs to fourth place in the drivers’ standings. Formula E will now take a break until the first round of the season on European soil in Rome on 4th April.

Maximilian Günther: “I’m very happy about my second podium in Formula E! It was an incredible and very intensive race. We managed the energy well and saved a small margin until the end. This gave us an advantage in the end and allowed us to attack again. And it paid off! Now we have to take the momentum with us and attack again in the next races.”