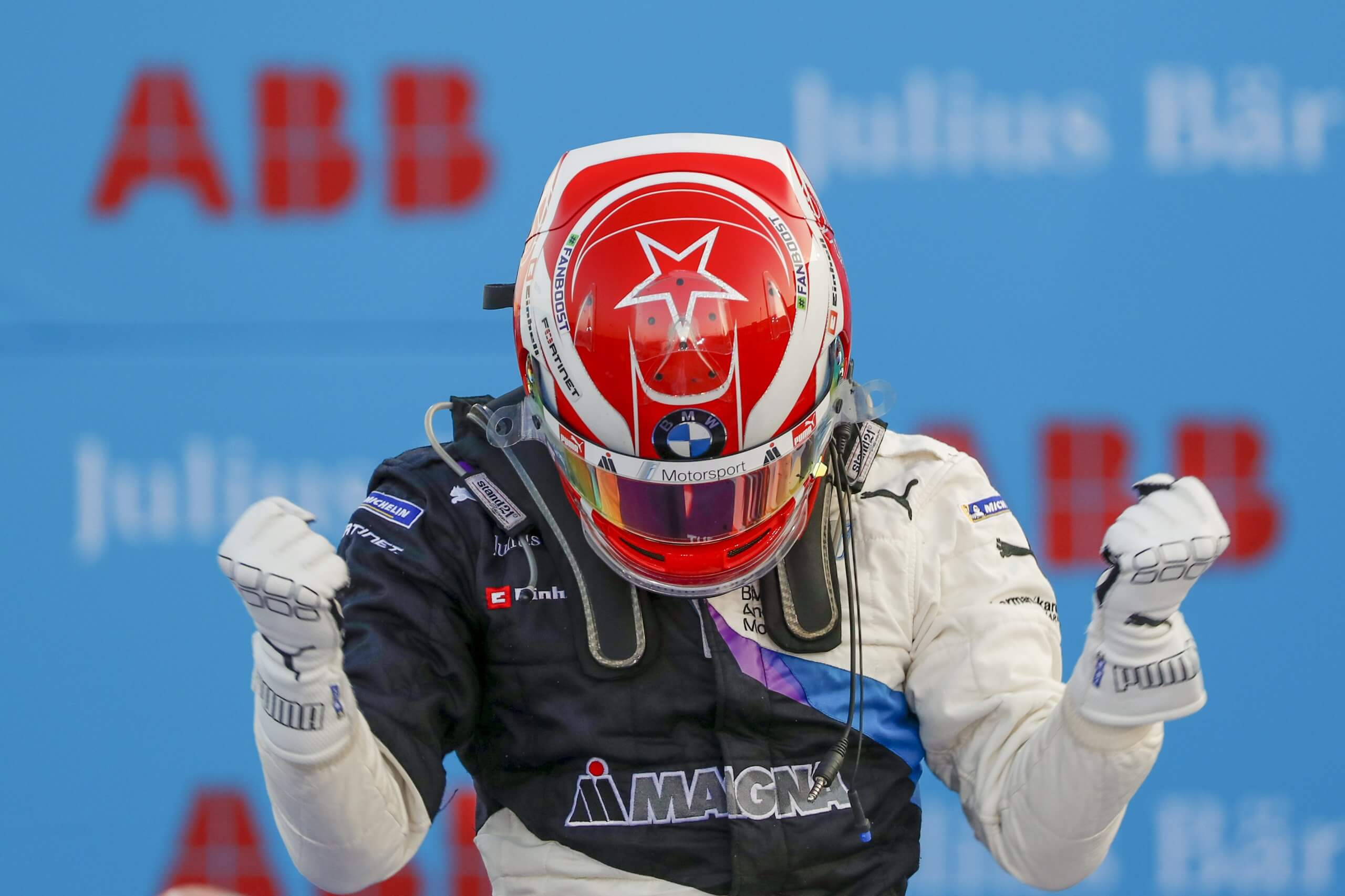 Second win of the season for Maximilian Günther in the ABB FIA Formula E Championship. In the third race in Berlin, the BMW i Andretti Motorsport driver took victory in spectacular manoeuvres and clever energy management to put himself and his team at the top of the field, securing the first win on German soil.

After only one day’s break since the last race, the Formula E field was again in action on Saturday at the grand finale of the season in Berlin. The venue was the 2.355 kilometre long traditional circuit at the former Tempelhof airport. In contrary to Wednesday and Thursday, the eighth and ninth rounds of the season will be held on the same track configuration, which the 24 drivers know from previous years.

The BMW i Andretti Motorsport driver already laid the foundation for success during Free Practice and Qualifying. After finishing second in Free Practice, he took to the track in the second Qualifying group. With a lap time of 1:06.846 minutes, he set the third-fastest time in his group and moved into Superpole for the third time this year, where the six fastest drivers compete in the ultimate battle for pole position. There the German set an exclamation mark with a best time of 1:06.772 minutes and qualified for second place on the grid.

Like in Santiago de Chile and Marrakesh, Maximilian Günther started from the front row of the grid for the third time and maintained his position at the top of the field. For several laps he remained within striking distance of the leader and prepared a clever attack. Shortly before the end of the race he took the lead after a spectacular overtaking manoeuvre and crossed the finish line in first place after 36 laps.

In the drivers’ championship Maximilian Günther climbs up to second position with 69 points. The ninth round of the Formula E season will be held on Sunday (9 August). Race start is at 19:00 CEST.

Maximilian Günther: “I’m incredibly happy about my second victory of the season. It’s an indescribable feeling to win at home! I’m also very happy for the team that worked hard for this success and that we achieved our first home victory in Berlin together is simply fantastic! Now we have to stay focused in order to achieve another success in the next three races.”