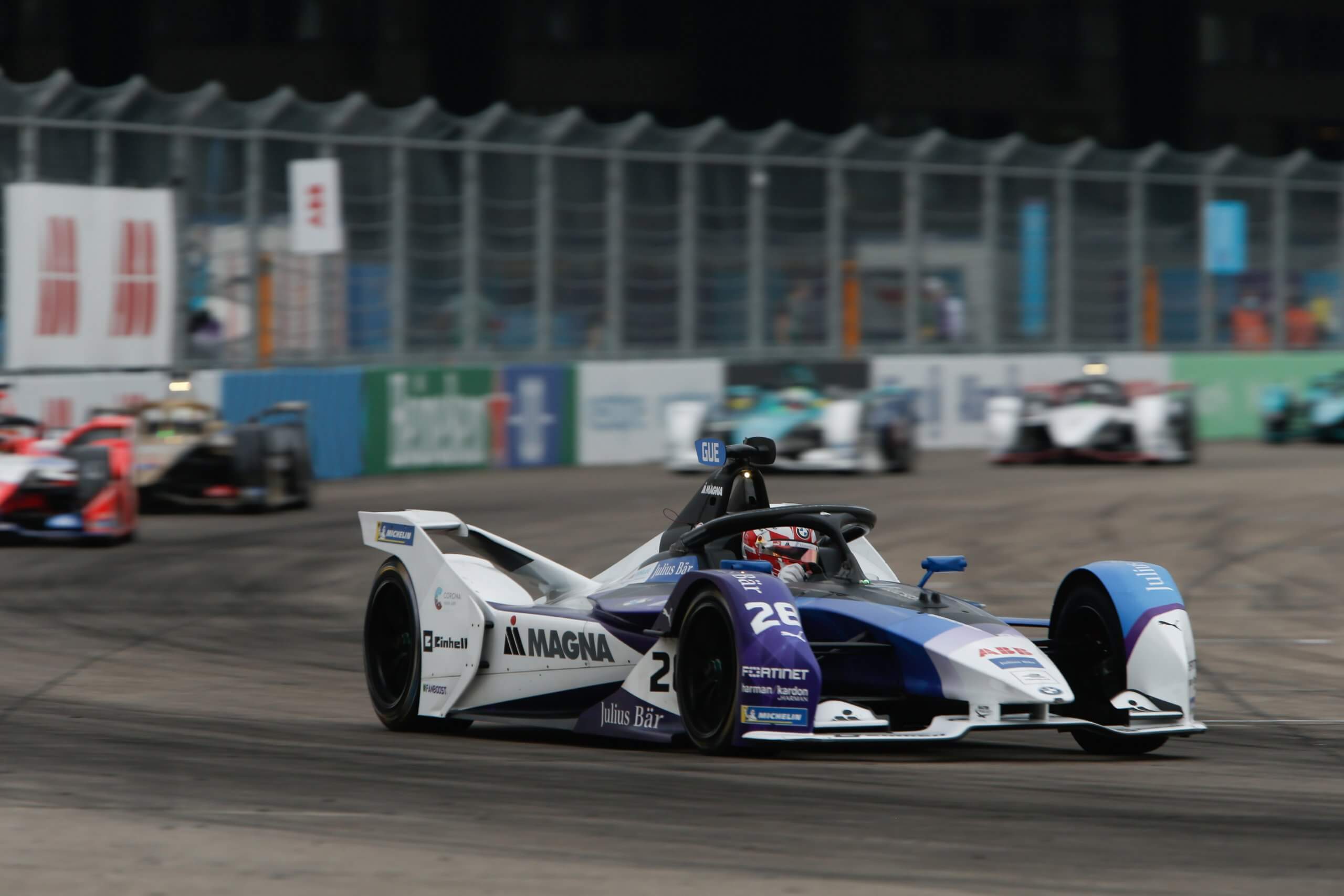 Five days after his spectacular victory with the closest finish in the ABB FIA Formula E Championship, Maximilian Günther once again showed a strong performance at the season finale in Berlin and, after an impressive recovery, was running promisingly in the points.

In the eleventh race of the season on Thursday (13th August) the BMW i Andretti Motorsport driver once again gave everything to finish his first full Formula E season with a good result. He dominated the final practice session and set a new track record: With a lap time of 1:15.091 minutes, the 23-year-old topped the previous best time by almost seven tenths of a second.

In qualifying, however, the situation was similar to that of the days before. Maximilian Günther again had to take to the track in the first group and was fastest by setting a lap time of 1:16.134 minutes. But again the drivers in the following group sessions were able to take advantage of the improved track conditions and thus, the German had to start from grid position 18 into the final race of the season.

In the race he impressed again with a clever energy management and an outstanding recovery. Shortly before the end, he was running promisingly in eighth place in the points. But after an incident with an opponent through no fault of his own, he dropped back to twelfth spot.

On Wednesday (12th August) the day also kicked off well at first. Maximilian Günther set the fastest practice time (1:16.251 minutes) on the 2.505-kilometre long track at the former Berlin-Tempelhof airport and left his competitors behind.

In qualifying, the German set the best time (1:16.394 minutes) in the first qualifying group, but the track became enormously faster in the following groups, so he had no chance of a front grid position and dropped back to 13th position. In the starting phase he was involved in a collision through no fault of his own and was hit by a competitor at the rear. Consequently the cooling system on his BMW iFE.20 was damaged and the race ended prematurely for him.

With 69 points in the championship, Maximilian Günther finished his first full Formula E season with two victories and a second place in ninth position of the drivers’ championship.

Maximilian Günther: “The time in Berlin was a challenge, but I enjoyed it a lot! Thanks to everyone for the hard work over the past few days, which were very exhausting for the guys due to the heat and the tight schedule. The fact that we were able to fight for second place in the championship until the last race shows how strong our package was. Unfortunately, the circumstances in qualifying made life difficult for us and we couldn’t show our true potential in the races. Nevertheless, I’m proud that we clinched two victories and another podium in my first full Formula E season. I will remember these moments for a long time!”