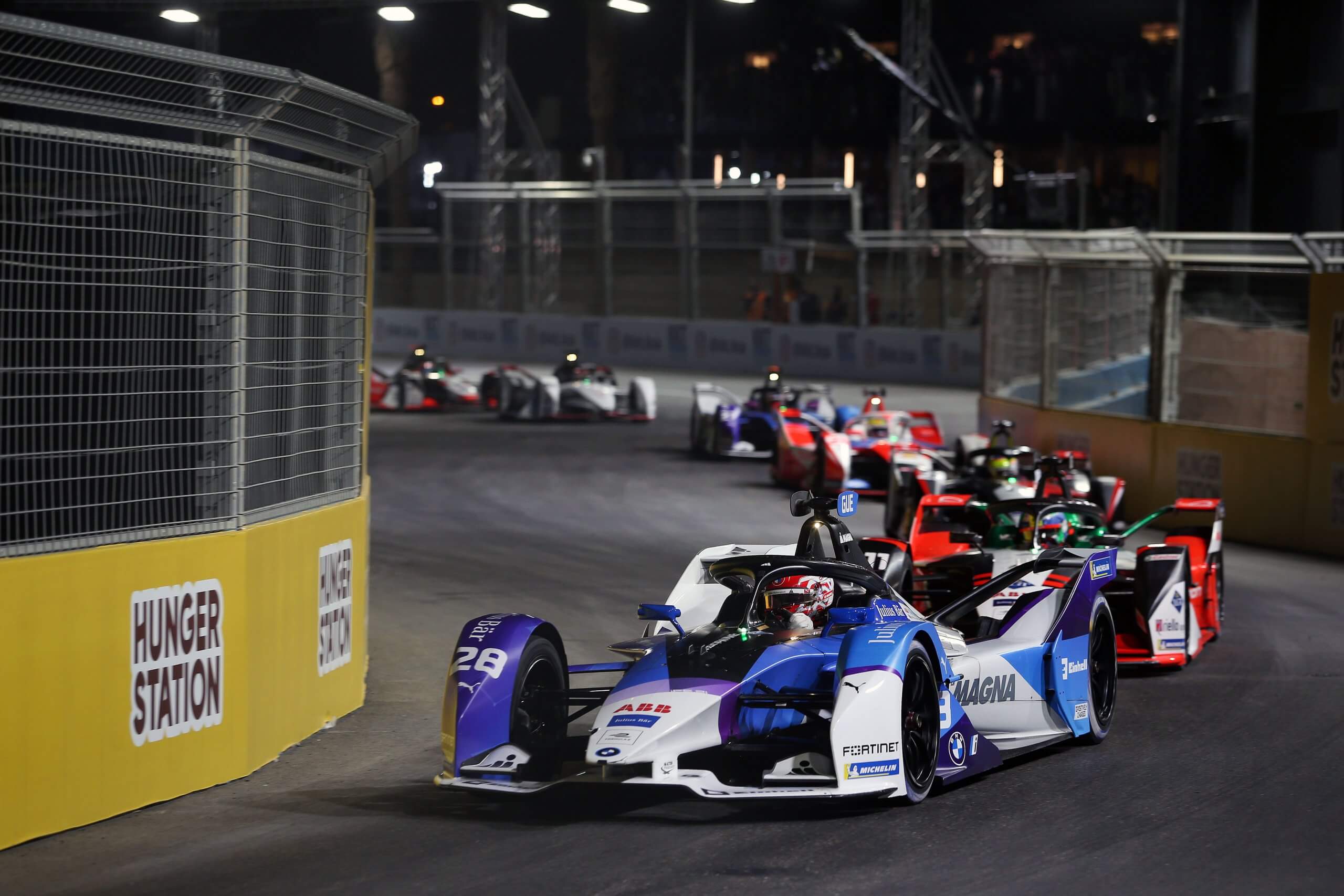 Maximilian Günther was not awarded any points at the opening round of the seventh season of the ABB FIA Formula E World Championship, which now has the status of an official FIA World Championship. The BMW i Andretti Motorsport driver performed well in the first two night races in Formula E history in Diriyah and was running in promising positions. However, he had to end the races prematurely after two accidents.

Due to the sandy environment, the grip level on the 2.495-kilometre long and newly asphalted street circuit was initially low and improved over the course of the weekend. This was reflected in the first qualifying session on Friday afternoon. Maximilian Günther was in the second group and set the fifth fastest time in 1:09.455 minutes. The following qualifying groups benefited from the better track conditions and the German was swept through to ninth on the grid.

In cooler temperatures in the evening, he started the first Formula E night race from the fifth row and made up two positions already on the first metres. He managed his race cleverly in order to attack in the final phase and claim a podium spot. But around ten minutes before the end of the race, he retired after an accident while running in sixth place.

In the second race of the season on Saturday, the 23-year-old started from eleventh position and once again focused on the energy management of his BMW iFE.21, putting him in a good position to claim a top five result. However, after an accident around ten minutes before the end, he had to stop.

The next race will take place on 10th April in Rome, where Maximilian Günther wants to return to the road to success.

Maximilian Günther: “Of course it is very disappointing to leave Diriyah without any points. Unfortunately, our qualifying pace was not good enough this weekend, it just didn’t come together. In both races we were on the move with good speed and in promising positions to score some points, but were unable to finish the races due to two accidents. That’s racing, we will work through what happened and come back stronger from our days here.”