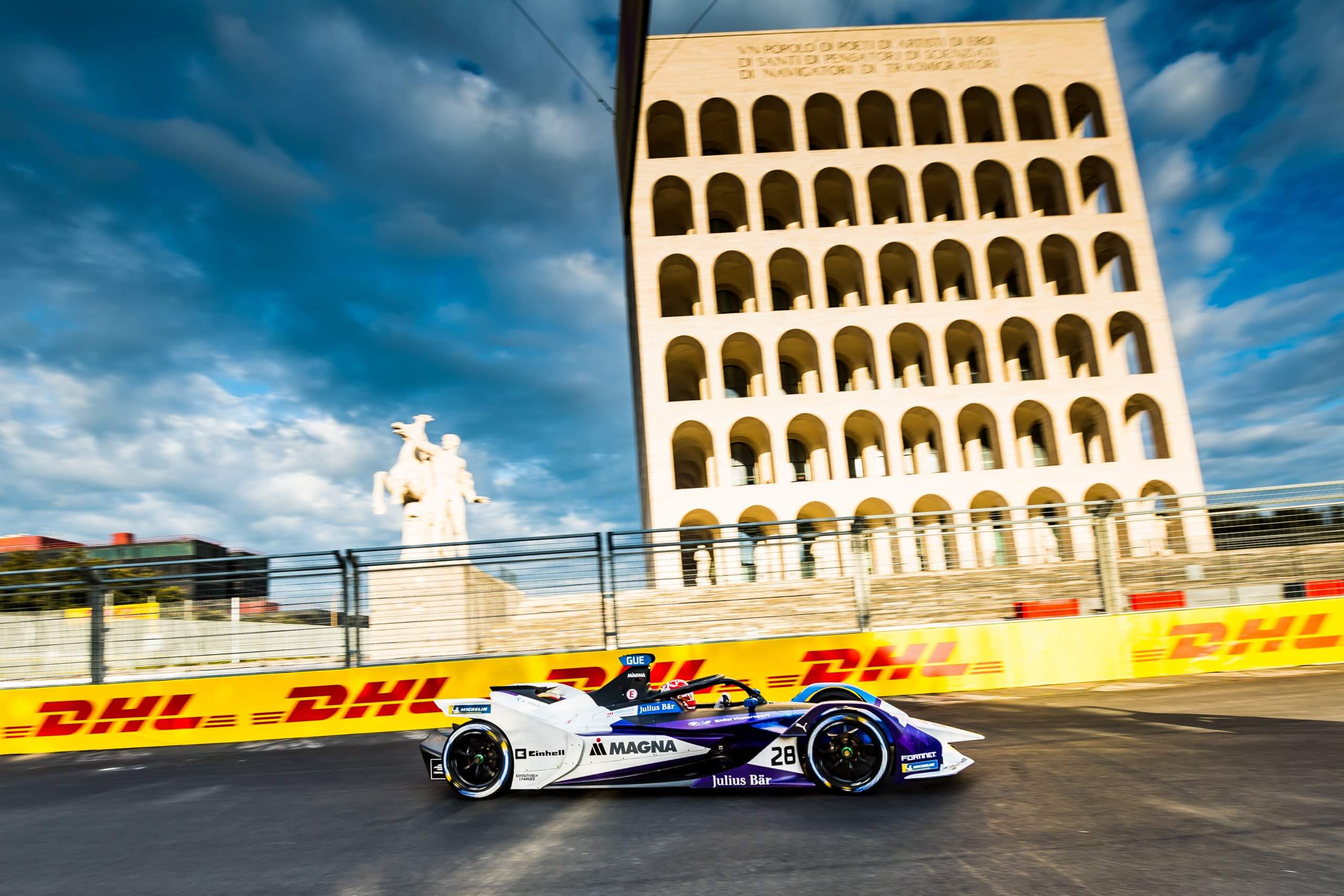 Maximilian Günther returned to winning ways at the second double-header of the seventh season of the ABB FIA Formula E World Championship and collected valuable points for the championship. The 3.385-kilometre circuit in the streets of the Italian capital Rome is the longest in Formula E history and is considered to be technically very demanding. The BMW i Andretti Motorsport driver finished ninth and fifth after strong performances to claim two top 10 results and collect a total of twelve points.

In the first qualifying session on Saturday, the 23-year-old took to the track in the fourth qualifying group and moved into the Super Pole in sixth place with a lap time of 1:39.068 minutes. In the final battle for pole position, he secured the sixth spot with a lap time of 1:39.751 minutes under light rain. As a result of a penalty after an accident in Diriyah, he started into the race from eleventh position.

Due to a rain shower before the start, the Rome E-Prix was started behind the safety car for safety reasons. In a turbulent race with many incidents, Maximilian Günther kept a cool head and constantly fought for a place in the top 10. After 23 laps, he crossed the finish line in ninth place and scored two championship points.

Rain and a slippery track caused tricky conditions on the second race day on Sunday. In the wet qualifying session, the BMW i Andretti Motorsport driver set the third fastest lap time (1:58.274 minutes), moved into Super Pole once again, where he finished fifth.

The fourth race of the season was also started behind the safety car and, after it was given the green flag, the German driver moved up to fourth position. In an action-packed race, he managed his energy cleverly and was within striking distance of a podium finish. However, a late safety car period prevented a final attack and he finished fifth.

Maximilian Günther leaves Rome with 12 points on his tally and ranks 15th in the drivers’ standings at the moment. The third double-header of the season will take place on 24 and 25 April in the Spanish city of Valencia.

Maximilian Günther: “It was an action-packed weekend in Italy with changing conditions and two turbulent races. I am satisfied with our points haul, even if it would have been possible to score a little bit more on Sunday. Nevertheless, we can be satisfied with fifth place and build on this performance. We will carefully analyse the learnings to take another step forward in Valencia.”