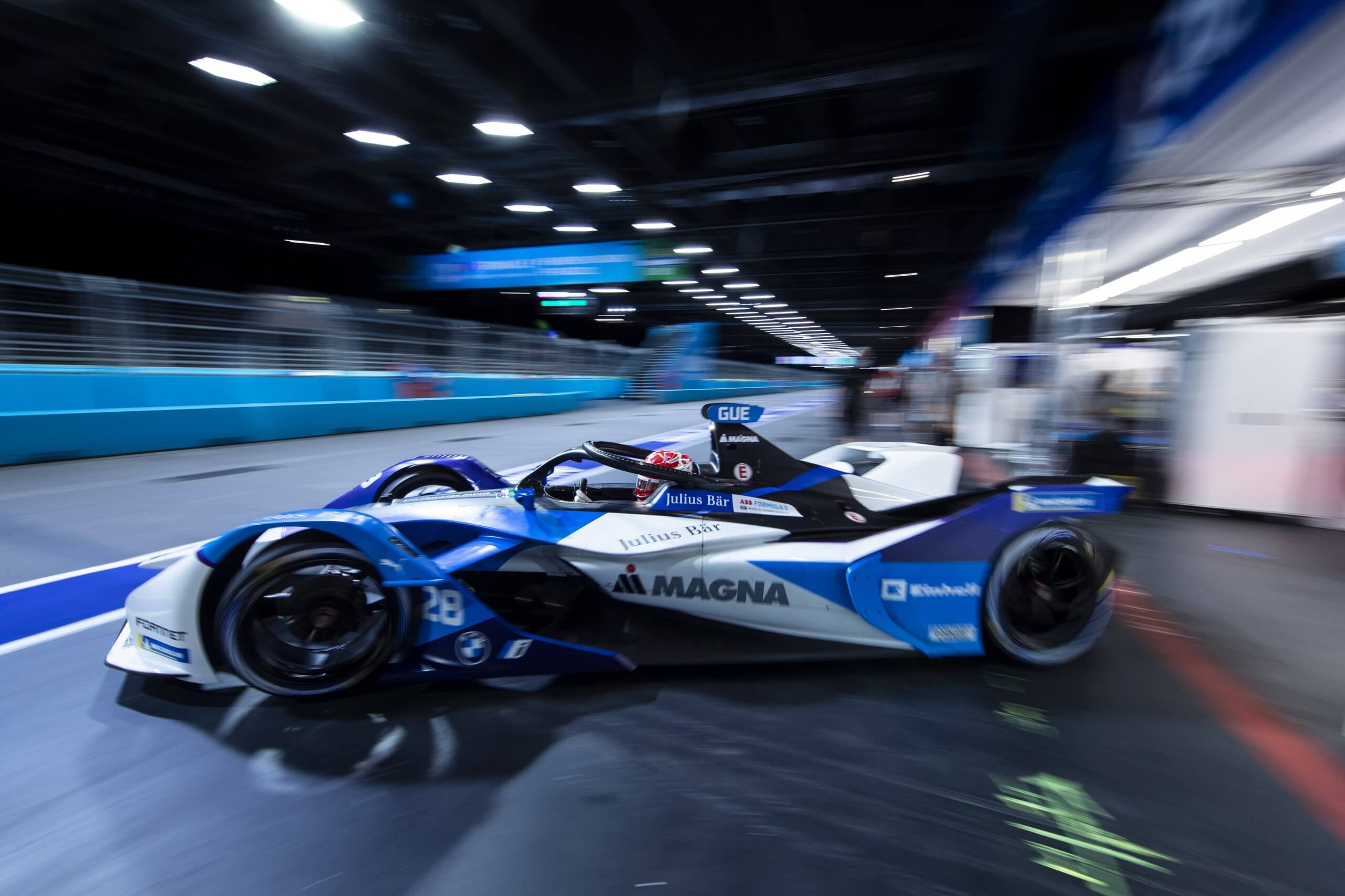 Maximilian Günther once again finished in the points at his race debut in the ABB FIA Formula E World Championship in London. The BMW i Andretti driver finished 18th and sixth in the twelfth and 13th rounds of the season, scoring eight points in the championship.

Following his victory at the BMW i Andretti Motorsport Team’s home race in New York City, the London E-Prix was another highlight in front of a home crowd: the team headquarters in Banbury is less than 150 kilometres from the ExCel Circuit in the British capital.

The unique 2.252-kilometre circuit was a mixture of an indoor and outdoor track and new to the Formula E calendar. The different asphalt characteristics of the outdoor and indoor sections of the track, as well as the narrow course with no run-off areas, provided an additional challenge for the teams at the start of the weekend.

In Free Practice on Friday, the drivers got to grips with the circuit and in the second Free Practice on Saturday morning, they got to experience the difficulties in the rain, when the track was partly wet and partly dry. Maximilian Günther handled the mixed conditions very well and set the fastest practice time in 1:26.838 minutes.

The 24-year-old tackled qualifying in the third group, but the session ended prematurely for him after he hit the wall under braking for a corner. As a consequence, he had to start the race from the back of the grid. As overtaking was extremely difficult on the narrow circuit, he only finished 18th.

In qualifying for Sunday’s race, the German finished fifth (1:20.504) and he moved into Super Pole for the seventh time of the season. In the battle of the Top 6 drivers for Pole Position, he clinched sixth place on the grid with a lap time of 1:20.398. In a turbulent race, he battled with his direct opponents for a place in the Top 5 and finished sixth after 30 laps. For his efforts, he was rewarded with eight points.

With 62 points on his tally, Maximilian Günther ranks 15th in the drivers’ standings. However, due to the small points gap in the championship, he still has a realistic chance of winning the first Formula E world championship title, which will be awarded at the season finale on 14/15 August in Berlin.

Maximilian Günther: “We can be satisfied with the Super Pole on Sunday, as well as sixth place in the race and eight points. We were expecting rain in the race, but unfortunately it didn’t come. That’s why the pace wasn’t quite ideal. I also had the feeling that we could have used the attack mode better to finish further in front. Both together prevented a possible podium. The first day of racing was tough. At first, Saturday started really well, I felt very good in the car in practice and was able to set the fastest time. We also had good pace in qualifying, until my crash. That gave us no chance to finish in the points. Weekends like this are ‘part of the game’. Our focus is now on the season finale in Berlin, where we still have a chance to win the championship. After all, the points are only added up at the end of the season.”