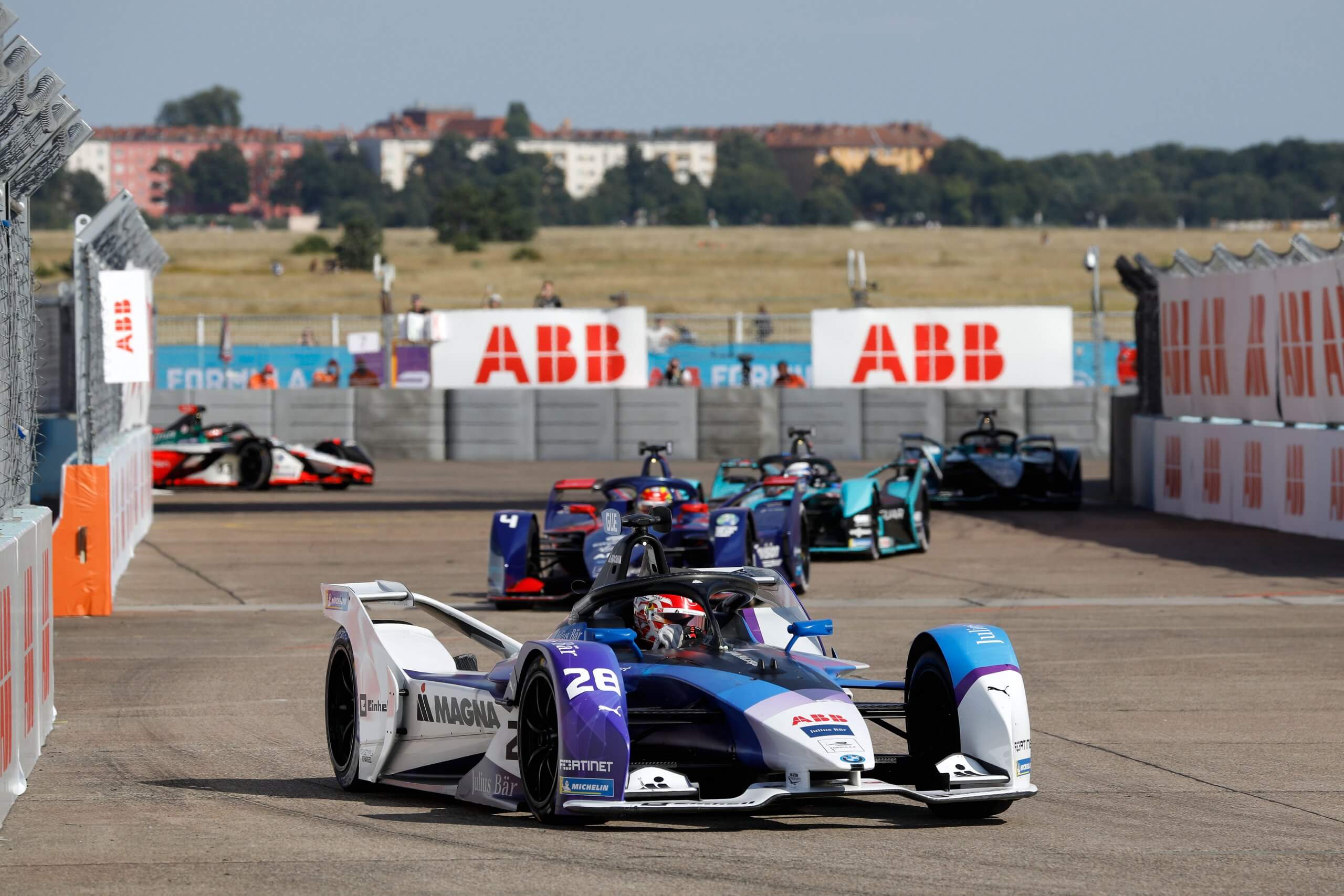 Maximilian Günther showed another strong performance at the season finale of the ABB FIA Formula E World Championship in front of his home crowd in Berlin, finishing eighth and 15th.

Rounds 14 and 15 of the season were both held on the site of the former Tempelhof Airport, but on different track configurations. Saturday’s race was held on the 2.355-kilometre standard circuit. After overnight modifications, the track was raced in the opposite direction on Sunday. Both layouts were already familiar to teams and drivers from the previous year, where Maximilian Günther celebrated his first home win.

The weekend got off to a promising start for the BMW i Andretti Motorsport driver. In the first free practice session on Friday, he finished third (1:06.065 minutes), just 0.016 seconds behind the fastest in practice. He also showed good pace in the second free practice session on Saturday morning, finishing sixth (1:06.646). For the penultimate race of the season he qualified tenth (1:06.627).

Saturday’s race was fiercely contested and there were many position changes. The German initially dropped back to twelfth place after contact with a competitor on the first lap, but was able to recover into the points through an efficient driving style and a strategically clever use of attack mode. In the closing stages of the race, he caught up with the leading group and drove within striking distance of a podium finish. After 38 laps, he finished eighth, just two seconds behind third place, and collected another four points for the championship.

The final race day of the season kicked off with two free practice sessions on Sunday morning, where the drivers had to familiarise themselves with a new layout because the second Berlin E-Prix was driven in the opposite direction than the day before. The 24-year-old showed another strong performance and finished the final practice in second position, just 0.048 seconds adrift. The time intervals in the second qualifying were extremely small, so that a lag of around 0.15 seconds to the top 6 was just enough for 18th place on the grid.

There were many incidents in Sunday’s race, which resulted in several full-course yellow and safety car periods. This prevented the German from making up positions and, after 36 laps, he crossed the finish line in 15th place.

Until the last race, Maximilian Günther was one of 14 drivers on the grid who still had a theoretical chance of winning the first Formula E world championship title. With 66 points on his account, he finished the season in 16th position.

Maximilian Günther: “We had a good pace in the practice sessions and in the race, but unfortunately we couldn’t recall it in qualifying. In a close field like in Formula E, a good starting position is the key to success. Eighth place was the maximum on Saturday after a contact at the beginning of the race and a damaged nose. We had managed our race well and were still able to finish in the points thanks to a clever strategy. On Sunday, our starting position after qualifying was not the best and due to the many incidents and yellow flags in the race, unfortunately we couldn‘t do more. We went for a bold strategy but unfortunately that didn’t pay off. I made some progress at the start and had a few good fights but we noticed early on that the level of grip wasn’t quite there, and that we were a bit off the pace. It’s a shame that we weren’t able to repeat last year’s home victory and that we couldn’t give BMW a better farewell present from Formula E. I would like to thank BMW i Andretti Motorsport for the two years we spent together in Formula E and the great support. I won’t forget this amazing time and our three victories!”