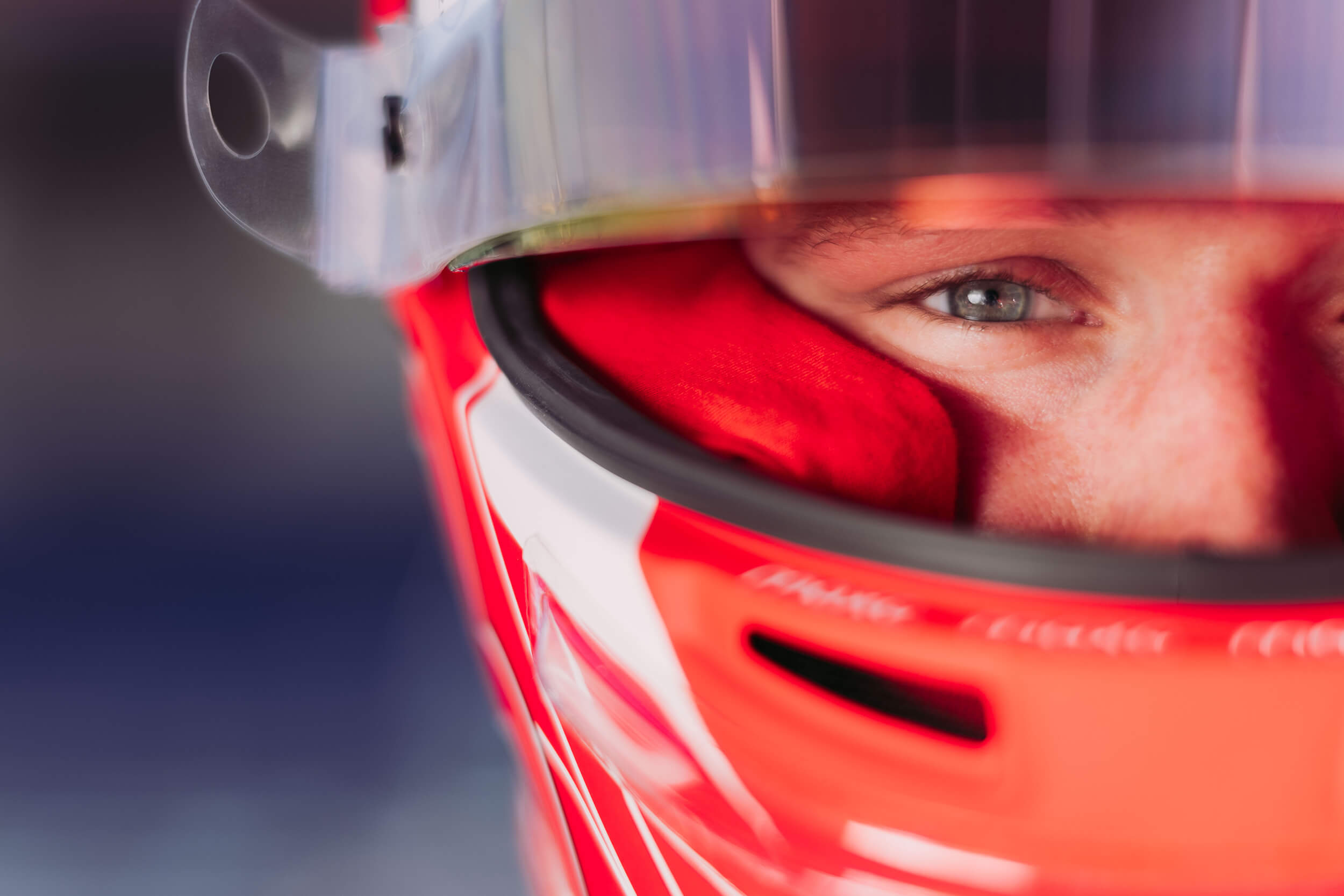 Maximilian Günther was on course for a points finish for much of the sixth race of the Formula E season in Monaco, having produced an impressive fightback on Saturday. However, the 24-year-old German dropped from seventh to 17th on the final lap of the 3.337-kilometre street circuit, due to energy issues and a damaged car. Despite this, Günther came away from the race weekend feeling positive and having shown a definite improvement.

On Friday afternoon, Günther greeted a number of big-name guests from AS Monaco: Footballers Kevin Volland, Alexander Nübel and Ismail Jakobs visited the Nissan e.dams team to take a closer look at the fully-electric cars, and to admire Günther’s new helmet. He was sporting a special matt red design for the race in his adopted home. Under the watchful eye of his guests, fifth place in free practice was a clear improvement on the last race weekend in Rome. Günther then narrowly missed out on a place in the top ten in qualifying.

In sunshine and temperatures of 22 degrees Celsius on the Cote d’Azur, the man from Oberstdorf started from eleventh place and immediately gained one position. Günther activated the Attack Mode for the first time on lap eight. That cost him a number of places, as the drivers had to stay from the racing line in the Casino corner. However, the Monaco resident refused to be knocked out of his stride and consistently worked his way towards the front of the grid. A full-course yellow and safety car phase meant the race lasted longer than the usual 45 minutes, with race control opting to add a further 4:30 minutes of racing. The three-time Formula E race winner was wide awake at the restart on lap 20, and successfully defended eighth place. Günther then climbed one more position to seventh. A lack of energy made the final few laps tough work for the Nissan driver: after many battles and resulting damage to his car, Günther eventually crossed the finish line in 17thplace.

Maximilian Günther: “I was able to sleep in my own four walls this weekend, which was pretty cool. The race went entirely to plan at first. However, it is disappointing that the strategy did not pay dividends and I was unable to finish in the points. Despite this, I will take an awful lot of positives from the weekend and can look ahead confidently to the upcoming races.”