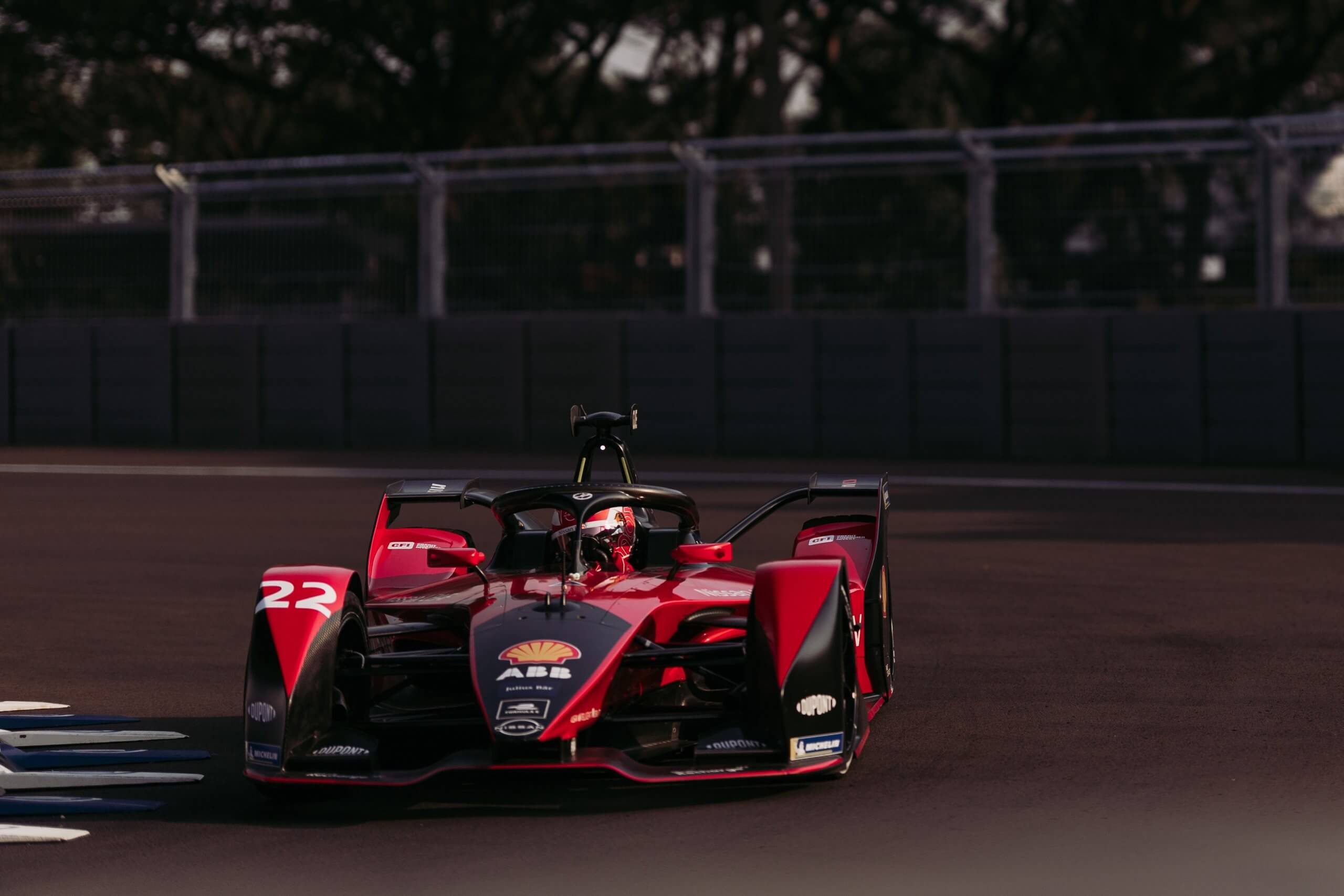 Maximilian Günther finished the ninth race of the Formula E in 14th place on Saturday. An early safety car phase put paid to the 24-year-old’s chase in Jakarta. The German driver from Oberstdorf delivered a courageous performance but was unable to get near a points finish.

This was Günther’s first Formula E drive in the Indonesian metropolis that has more than ten million inhabitants. The Jakarta International E-Prix Circuit is 2.37 kilometres in length, boasting 18 turns, while the start-finish straight is one of the longest on the current calendar. At the specially constructed circuit, the ninth race of the season developed into a sizzling battle as temperatures reached 30 degrees Celsius at the start of the race and humidity climbed to around 70 percent.

Starting from 15th position, the Nissan driver held his nerve and moved up two places through the first corners. However, an early safety car phase put paid to the chasing performance of the multiple Formula E race winner. Race control added another 1.5 minutes to the 45-minute race, meaning that Günther and the other 21 drivers had to focus on energy management. Even after many changes of position and spending some time in 17th place, Günther refused to give up and crossed the finishing line in 14th place at the first FIA event in Indonesia since 2006.

Maximilian Günther: “I really enjoyed driving in Jakarta. Having so many fans there made the atmosphere unbelievable. Loads of people were asking for autographs, so many people love motor racing. The racing was good, even though 14th place is not satisfactory. Now we have to continue working hard to get even more out of the car. I am already looking forward to the next race in Marrakesh, which is another opportunity for us.”

The tenth race in the ABB FIA Formula E World Championship takes place on 2nd July in Marrakesh. This will be the fifth visit paid to the Moroccan city by the fully-electric race series.