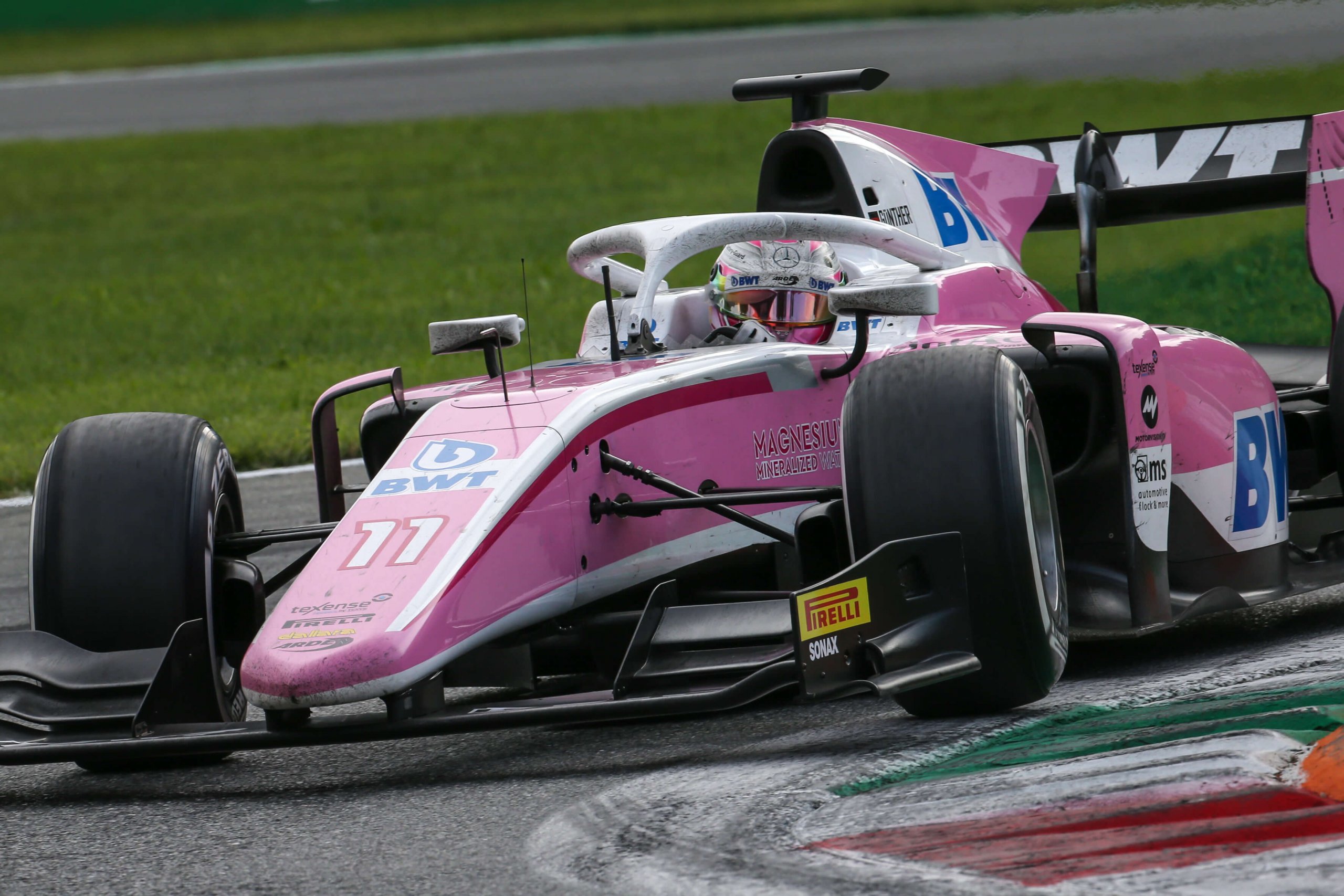 At the last European round of Formula 2 at Monza, Maximilian Günther couldn’t score points. Already on Friday, the BWT Arden driver was struck by technical problems on the high-speed circuit: Before qualifying, two fourth gears were accidentally fitted in the gearbox of the German’s Formula 2 car. The error could not be corrected shortly before the start of the session and Maximilian had to qualify with this handicap.

In qualifying on the 5.793-kilometre long track, on which top speed and a perfectly set up car are very important, Maximilian had to fight with blunt weapons and once again could not show his real potential. From starting position 19, the 21-year-old impressed in Saturday’s race by a furious chase to catch up and had a clean race. Maximilian made it to twelfth place and, despite the setbacks at the beginning of the weekend, was fully motivated to gain positions again on Sunday and to score points.

Like on the day before, Maximilian got off to a very good start and found himself in tenth place. But in the turmoil in the beginning of the race the front wing of the BWT Arden car was damaged and Maximilian had to come to the pits to get a new front wing. After the unplanned pit stop he was thrown back to the end of the field, but was able to work his way up to position 16.

With 41 points Maximilian currently ranks 13th in the drivers‘ championship. In four weeks, Formula 2 will travel to Sochi for the penultimate round of the season (28 to 30 September).

​Maximilian Günther: „A difficult weekend where I was once again powerlessly exposed to technology. Nevertheless, we have to mobilise everything during the two final race weekends and fight for better results.“